I am returned to blighty.

My trip down under ended sweatily in western Australia with my other half (OH).

This was his part of the trip. I relinquished all control and went along for the ride for 10 days before flying home for Easter.

Two facts that you should be aware of;

We travelled gaily in the early autumn sunshine - around 37 degrees most days.

I will say no more on that subject, except that I do not carry a camera at 37 degrees, so phone photography became the norm.

OH planned the trip perfectly. We had beaches, forest, city and culture.

We dined like kings and enjoyed the drive, stopping for refreshment along the way.

I looked for insurance realisation opportunities 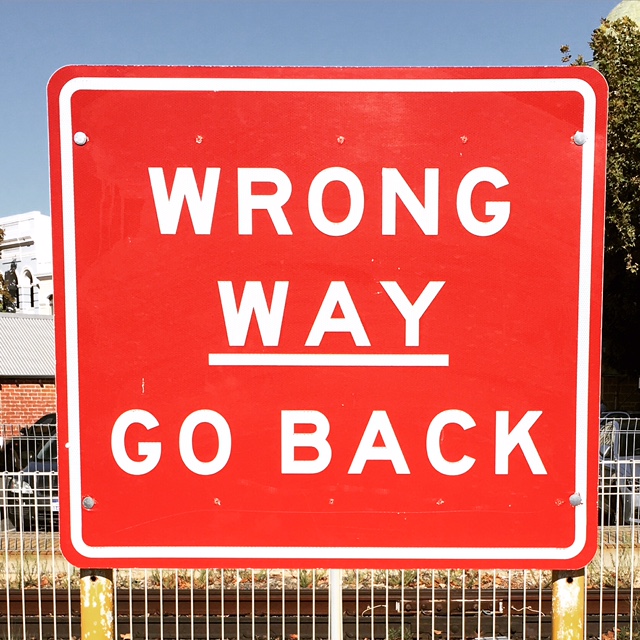 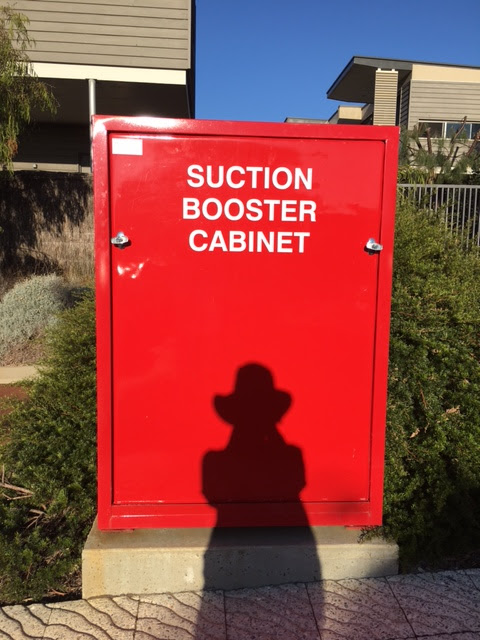 I declined to swim with sharks.

I am told that my chances of being eaten by a shark are less than being struck by lightening.

I persudaed OH to go for a swim.

OH declined, however, to hike in an electrical storm. 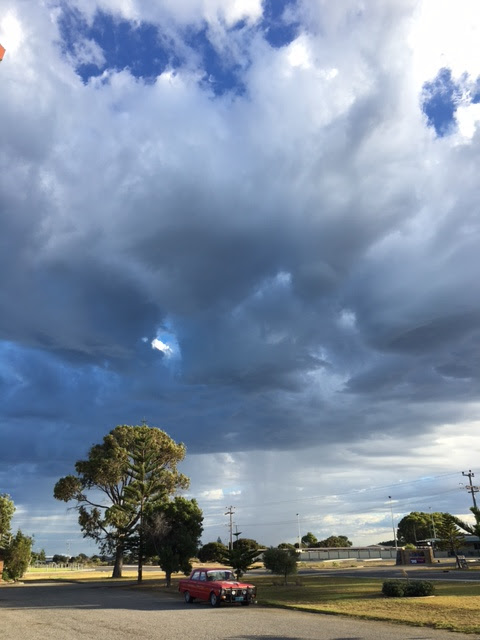 We risked the snakes, but didn't find any. 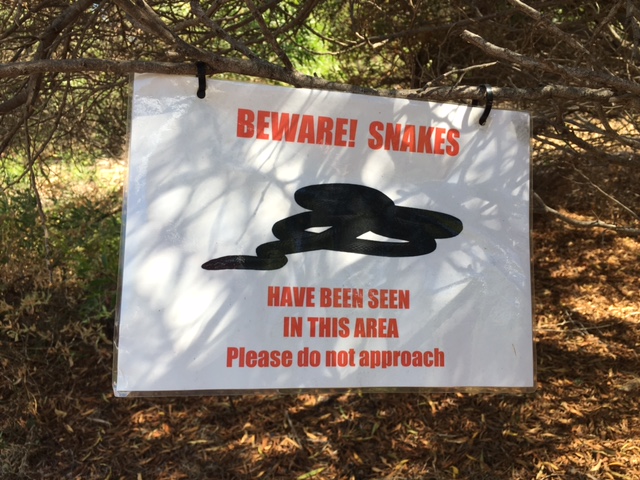 We picnicked in lay-bys, and were glad we were not in need of all the facilities.


We had 'coffee' in a very beautiful craft brewery.


We went wine tasting; choosing by label as we had no other means to tell the bottles apart.


OH also declined to climb one of the amazing Jarra trees. Which was quite sensible really as there was nothing to stop you falling if you happened to slip 65 metres off the ground.

He drove me a very long way to see the incredible Pinacles national park.

And it was worth the drive.

On our return to Perth he treated me to a slap up breakfast. 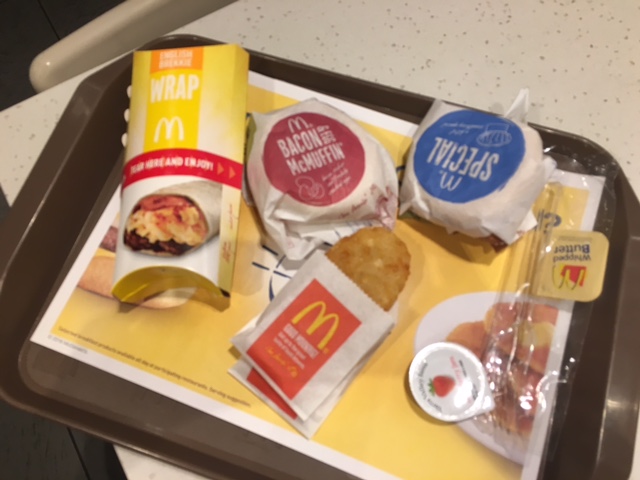 The following day I rebelled and chose the breakfast venue, outside in the sunshine. 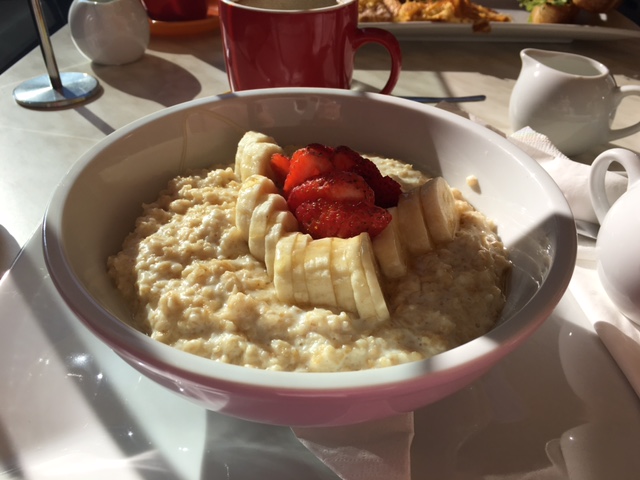 And as it was too hot to do anything at all I took my hairy legs off to an air conditioned nail parlour and had my nails painted ready for my return to English springtime. 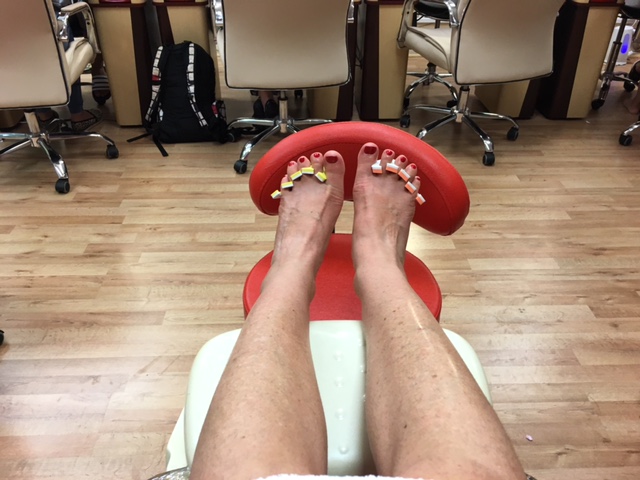 And while it blows a gale outside and I sit back at home in London wearing thick socks and a woolly jumper I can remember the wonderful skies and happy times that we had together.

And as I write OH , who is now of a certain age, and has his Boris (free bus and train travel in London) pass, is safe in the knowledge that his insurance remains unclaimed and that he is now  free to spend his days on the Circle line  going round and round as many times as he likes. 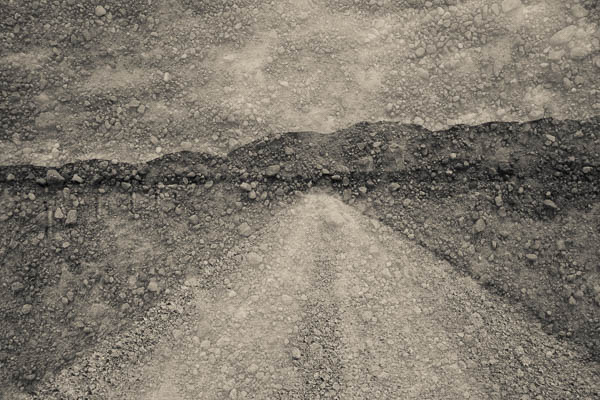 I am in Perth and ready to return to English springtime.

Australia is hot and I have had enough heat.

I feel as though I have been away for a long time, and it is time to reflect on what the photographic outcomes have been from my time in New Zealand.

The images that sum up this trip for me are the ones I will share here.

Double exposures of the quieter back roads in New Zealand's South Island. Places where I travelled alone and felt the wide open space and the peace and quiet.

Treading on gravel roads, dry grasses and footpaths I got to really know the landscape and to love it.

I experimented with different exposure levels of the wider landscape and what my feet were standing on. 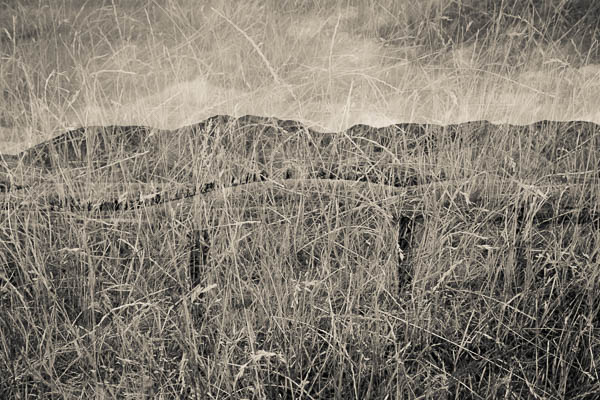 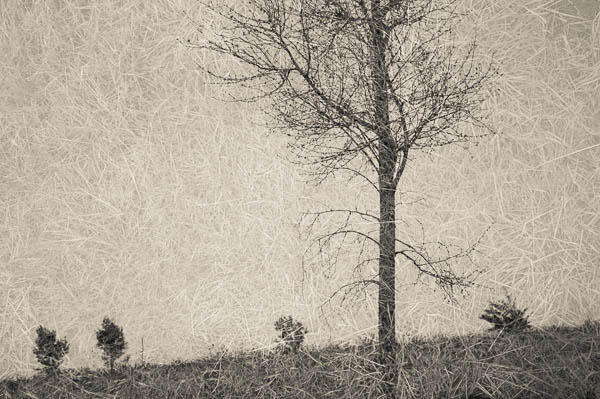 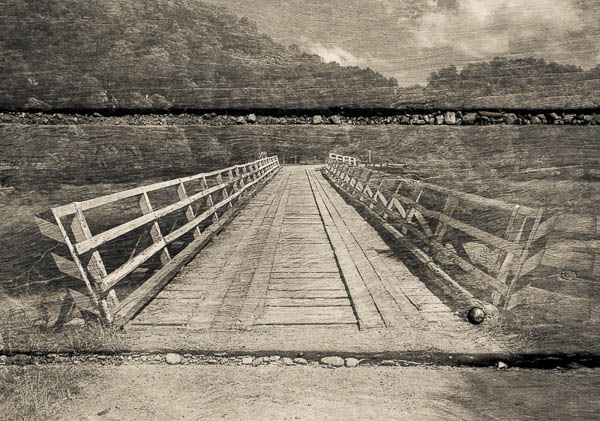 I processed the images in Lightroom to give a uniform monochrome tone. 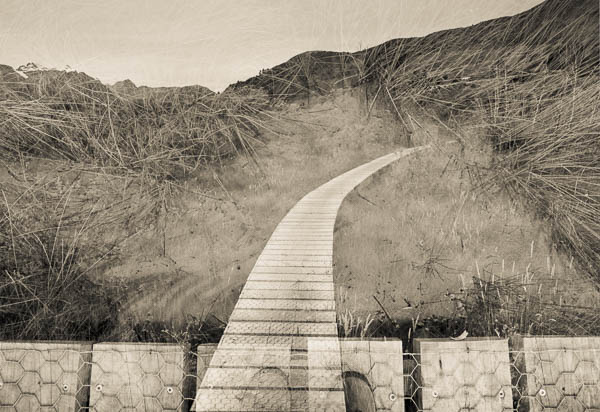 I don't feel the need to say where the images were taken.

I want them to remind the viewer of journeys that they might have made. 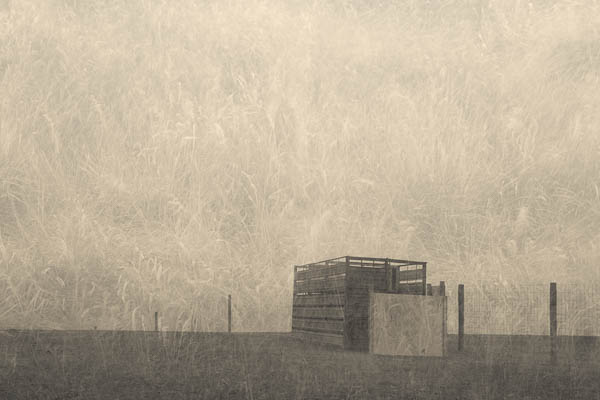 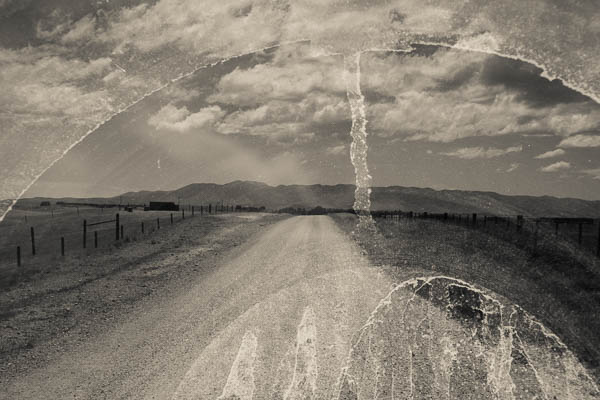 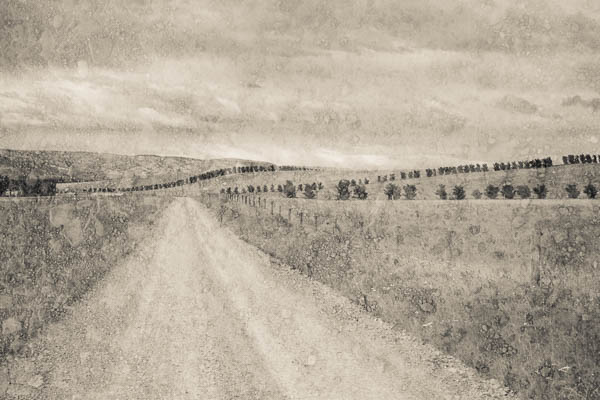 Man made structures alongside natural ones. 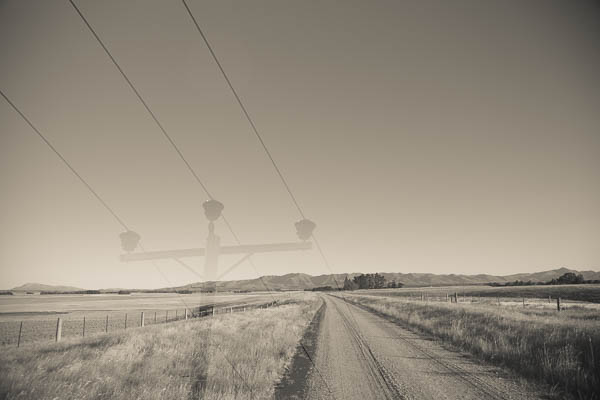 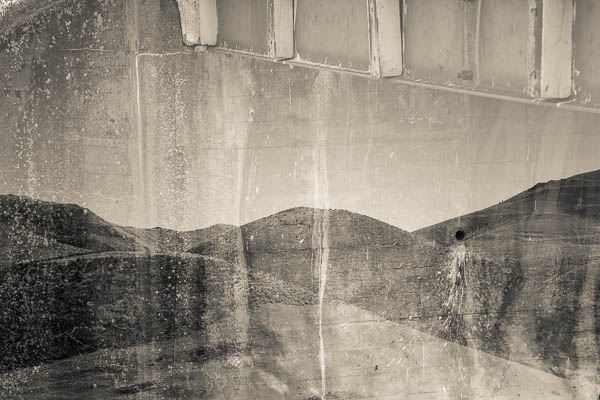 The series can be seen on my website here

Which makes me feel that all those hours of wandering were worthwhile. 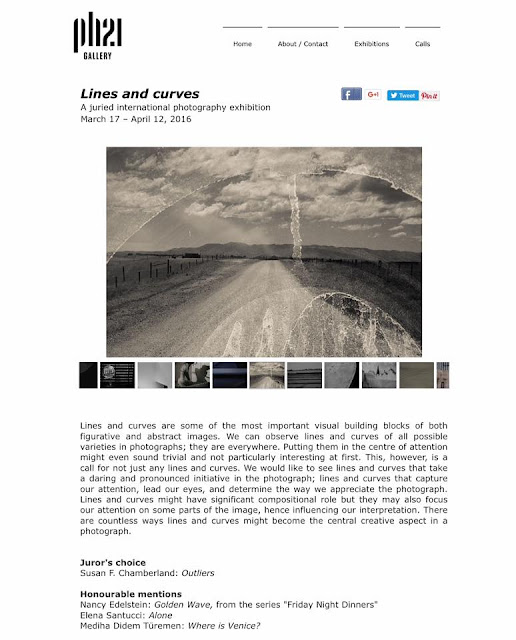 It takes a lot of time to make a new body of photographic images.

About three months in this case, and now I am ready to go home.

Wide Brown Land - on ways to make photos when the sky is too blue, and the sun too hot

My other half informs me that I need to rename my blog. He feels that my life is not ordinary enough.

I feel that my life is better than it has been for a while, and that I like this kind of ordinary.

It doesn't involve much cooking, washing or ironing. The sun shines all day, and I get to explore new places.

I am now in Canberra, catching up with some of my good friends from The Arcanum

We have been virtual friends for 2 years now, meeting on line most weeks to chat and learn from each other under the guiding hand of Jackie Ranken. It is a real delight to meet some of them in the flesh, and also surprising how different the real person looks to the screen persona. 3D is better than 2D in so many ways.

We have been spending time exploring the Enlighten 2016 festival, in which the city buildings are illuminated at night. I feel immensely pleased for of one of my fellow photographers, Mark Kelly, who has his images projected digitally on three of Canberra's famous buildings.

Exploring Enlighten after dark is a good way to avoid the relentless heat of the sun.

Photography at 35 degrees in blinding sunlight is not for the faint hearted.


Stepping outside in daylight is only sensible at dawn and dusk. We dutifully got up early most mornings, heading off to the National Arboretum to see the sun rise.

Later in the day we kept relatively cool at the National Gallery of Australia, either indoors, or in the mist sculpture amongst the trees in the sculpture garden. 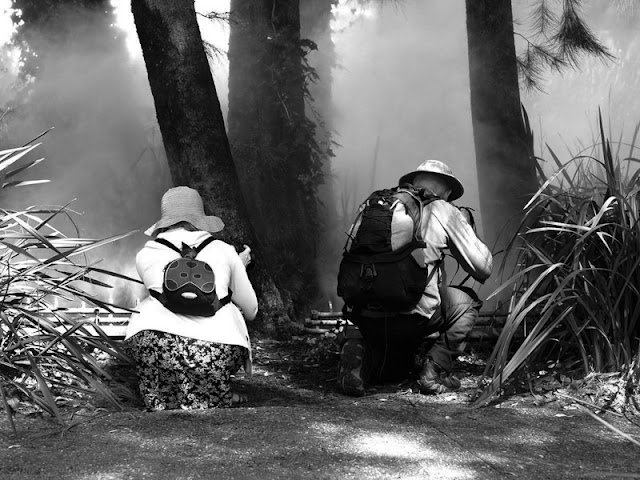 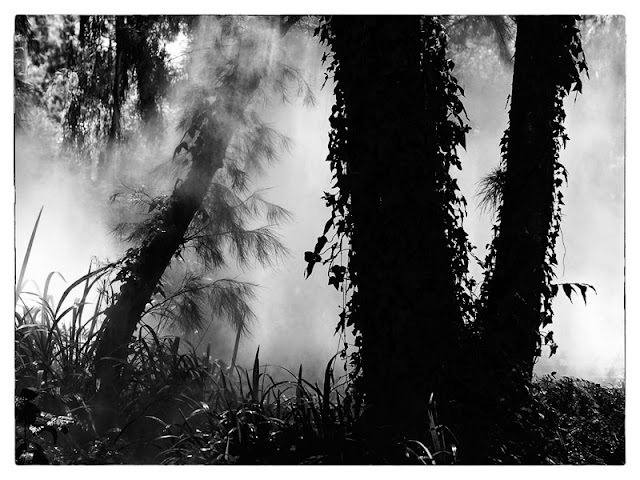 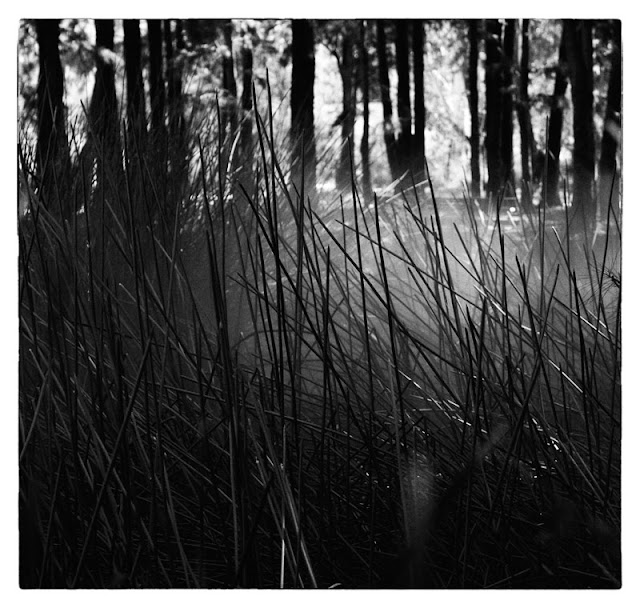 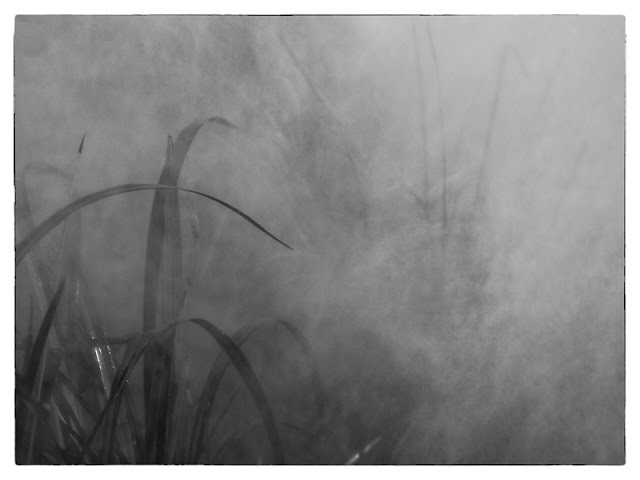 We fell in love with James Turrell's sculpture installation 'within without' 2010. Not only could we be indoors and also see the sky, but also we could spend time exploring the light and shapes created by his rooms within rooms, and the reflections in the interior pool.

some visitors attracted more attention than others.....

This land is indeed brown and wide. 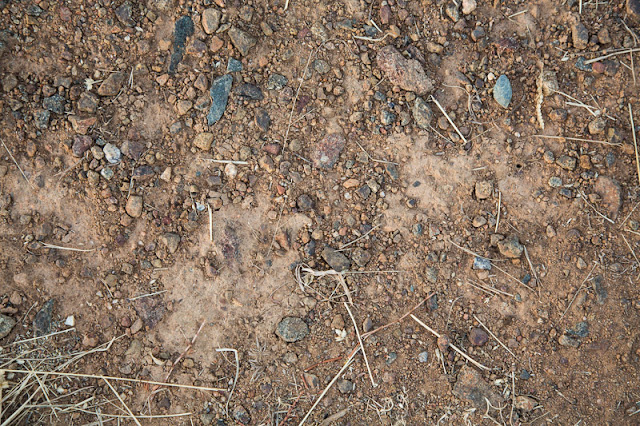 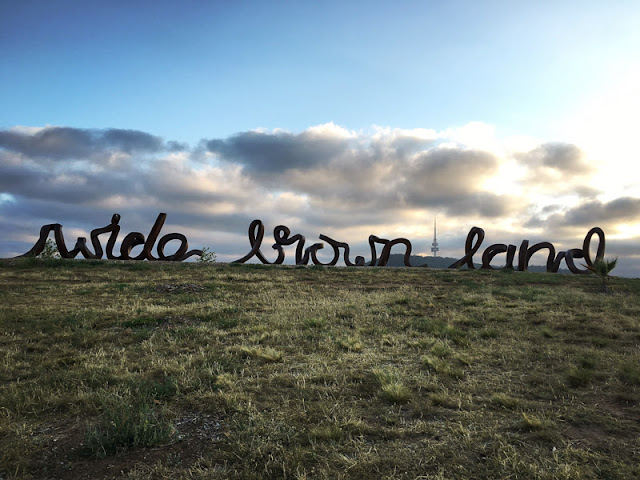 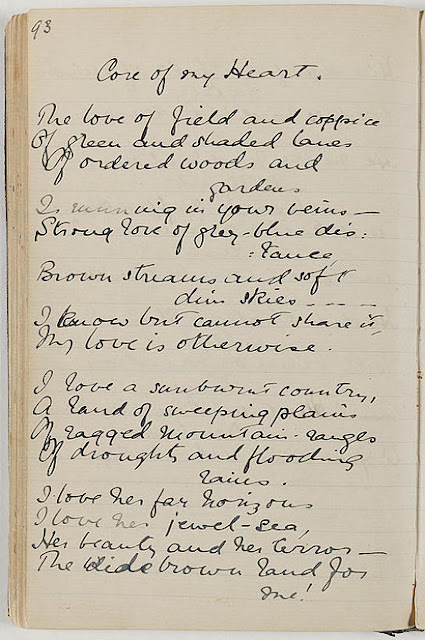 It is not my country, but it is the country of some really special friends.