If your art work had to represent a literary work what would you choose?

That is the challenge put forward by the Sevenoaks Kaleidoscope gallery .

Having read the brief, I pondered for some days over how I could link my current work to the brief. I wasn't getting far until I considered the project that I am currently working on, 'Light on Water' . These images have been created from a pond that I visit, deep in the woods in the heart of suburbia.


It occurred to me that this pond has become my very own secret garden; a place that nourishes the spirit and gives pleasure, just as the garden in The Secret Garden by Frances Hodgson Burnett does for Mary Lennox. 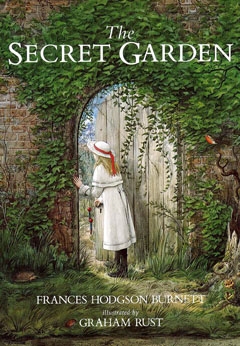 This story is one of my favourite books from childhood, describing how the discovery of a wild and secret place transforms the fortunes of the sickly, unhappy child, Mary Lennox.

My wild and secret place also lies close to home, just as in the book.

It is a secret place for me.

I have never met anyone there whilst I have been there. Today I spent some time there with my camera, but also I took a notebook and wrote some words..........

Unknown to most who pass her by

on the other path

to the top of the hill.

Shared only with my dog who stirs her up

and wallows in her murky bed.

With each passing different patterns emerge

in this, my secret garden.

A place to play.

Wind and  water  do their part;

I will continue to work on this series regardless of the brief, but it may inspire me to work a little harder.

happiness is a clean floor

It is that time of year again; when the house is full of bags containing random gifts for random people. I have a day off, and am delighted to announce that a man has arrived here to scrub my filthy kitchen floor and make it clean and shiny once more.

The best thing about the floor man's arrival is the fact that it is going to take him at least 3 hours, and while he scrubs I feel duty bound to be present in the house to protect my jewels, credit cards, bank accounts and Christmas gifts. So I cannot go shopping, or even take dog for a walk.

I will have to make do with updating my website and printing off some prints for an exhibition next year.

I have managed to add two new pages to the archive section of my website, including some light hearted black and white images made in the Yorkshire dales in 2009 of man and nature interacting together under the title "Human-nature".

See here for the new page

These were all taken on a Panasonic Lumix LX3, loaned to me for a few days by Light and Land, who were helping me to "find my vision". I had a great few days in Malham with David Ward and Eddie Ephraums, taking pictures and making a book. I came away with some images that were far removed from much of my abstract landscape work, but which still give me pleasure today. I bought a Lumix on my return from that trip, and still use it more than any other camera, as it fits in my coat pocket and can be with me wherever I go.

Another great excitement today is the purchase of a second hand tilt shift lens for my Canon camera. I have in mind some experimental multiple exposure work, and I need to practice before I return to Iceland. More on this for sure (once it arrives).

Next on the agenda for today is the great supermarket home delivery, carefully timed to coincide with the floor man. I am nothing, if not efficient. Carrots for 16 to be prepared for the big day and driven to my sister's home deep in the countryside along with a delicious chocolate yule log to be carefully assembled by my youngest, and some haggis for the eve of the big day will all be arriving shortly.

The doorbell has just rung............ it is the man who measures the enormous cracks running through the walls of my house and tells me whether the house is expanding or shrinking this month.........


I promised to say a bit more about Burma ( now known as Myanmar), and my photographic efforts whilst travelling there. As a proper tourist, travelling with a large group of professional travellers, by coach, it wasn't my idea of a  photographic expedition. Being in a group one has very little time to stop and explore when the mood takes, having deadlines for getting back on the coach, and always travelling at the wrong time of the day for photography. Most of our companions had been to more countries than I have even heard of. I couldn't attempt to compete with their tales of camping in the Mongolian steppes , climbing at altitude in Nepal or trekking in the desert sun in Africa.

Burma is a fascinating country, and the people are very friendly.

But there are a lot of temples.

Every day we visited another gold encrusted temple, saw Buddhas of different shapes and sizes and local people making offerings as a means to a better life.

The activities of 'kuthko' (merit making) are the Myanmar people's approach to a better life, and include

As we traipsed around with our guide, who knew less about the local history than we could glean from our Lonely Planet guidebook, I became fascinated with the offerings that people were making to Buddha. In all of the temples prayers were being offered, but what surprised me most were the offerings of food and drink to Buddha.

Often the temples were dark, and people were praying, so I didn't want to use my flash.

I decided to try making a series of images in black and white at high ISO inside the temples, as a record of offerings being made to Buddha.

In Myanmar buddhism 'giving' blesses the one who gives as well as the one who receives. As an example, in local tea shops free tea is available on all the tables, however basic the shop, as a means of the proprietors giving something to their customers.


Imagine getting free tea in a high street coffee shop in the UK. It just wouldn't happen. We have only recently persuaded restaurants to willingly serve tap water.


Apart from tea as a form of offering, other forms of giving to Buddha include

I was surprised to see food offered in ready meal cartons


And had to send my other half to get this image of men applying gold leaf to a Buddha.

Female monks wear pink in Myanmar; here is one at prayer 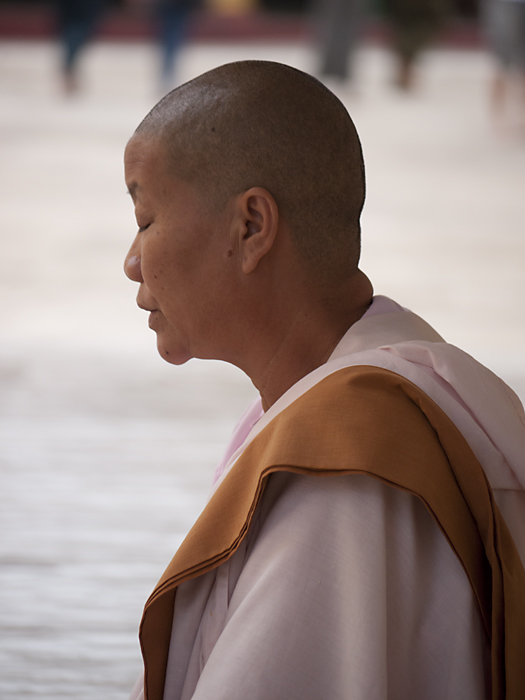 So where are my black and white images, I hear you say?

Monochrome seems a little serious for a blog article about travel to a colourful place.

So I will leave you with just one, of a light bulb and some money inside a dark temple

As you can see, it is quite dark, hence the need for a high ISO and my preference for monochrome.

And you might also like to know that we bumped into Cliff Richard at a local airport, having his "summer holiday".

Or you might not.
Posted by caroline fraser - an ordinary life at Monday, December 10, 2012 0 comments

the joys of familiarity

Familiarity brings joy to dog and I.

We finally made it down to the woods today.

I have been missing them, as has dog. Duties elsewhere meant I didn't get there all week, and I felt frustrated. So did dog.

My other half opted to join me, but had to retreat almost before we got started , due to an unexplained pain in his leg that made wading through thick mud a bigger challenge than he was ready for. I hadn't the heart to admit that walking alone with dog and my camera was what I had hoped for all along. Peace and quiet. Time to think. To get my fix of nature.

Nature is my passion. Other photographer's choose different subject matter for their 'fix'.

A couple of weekends ago I had the privilege to meet Mark Power, Magnum photographer, at an IPSE workshop. Mark is a documentary photographer. He talked eloquently for a couple of hours about his career. I already knew of his work and book The Shipping Forecast, which I greatly admire. He showed prints of his new series of works Mass taken in Polish churches; beautiful large format prints of church interiors during worship. It seems that the influence of the Catholic church on his life has compelled him to make this series, having initially frustrated him and then creating a sense of envy for those who have a faith.  Having a strong feeling about an issue is a great reason to start a project, and his love of Poland is eloquently shown in his book The Sound of Two songs.

He made me stop and think when he talked about the challenges of going into a foreign landscape and trying to make pictures that are of interest to anyone else. I thought about my recent trip to Burma, and how little emotional attachment I feel to the images that I made there. How much time does one need to spend in a place to fully convey something meaningful to others in one's images?


Mark Power talked about his work in the Black Country, looking at the impact of the recession. I had not realised before that the two industries that are most likely to survive in a recession are beauty and the sex industry. Sales of lipstick used to climb during a recession as people sought to feel better about themselves. Now it is nail polish that indicates how well the country is faring.

I cannot claim to be a documentary photographer, but I have in mind to make a small book on the offerings that people make in Buddhist temples, only because whilst travelling in Burma one has to think of something to focus on when visiting more temples than one could possibly imagine to be possible in 14 days.

Offerings of money, flowers, bananas and drinks are made to Buddha as a means of merit making in the Buddhist tradition of striving for a better life.

I will leave you with lipstick and nail polish on a figure in a Buddhist temple, holding offerings of flowers and money. 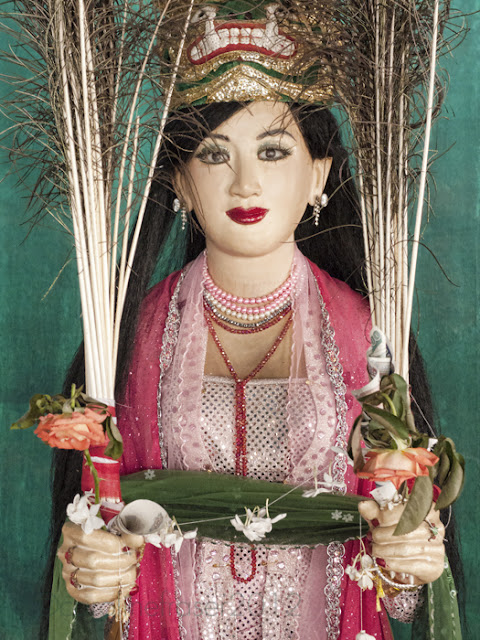