Not my favourite place so far. i have become accustomed to country ways and empty streets after just 2 weeks in Gore.

Dunedin has traffic lights, traffic and a lot of tourists……..

There was a piper in the city centre where the cruise ship shuttle buses offload . He was young, and very good on the bagpipes, but wearing football strip, which didn't really work for me.

The floral displays were not to my taste.

I realise that I probably shouldn't say this…..but I really don't like marigolds and salvias.

Call me a snob if you wish.


Even the buildings come in vibrant colours.


And even worse than that, it has a Cadbury's World.

I popped into the tourist office to ask about hiking ( known as 'tramping' in NZ) trails nearby. Suffice it to say that the map that they found me was insufficient. The tourists here want city tours and boat trips or Cadbury's World. I wanted none of these so took off in my car onto the Otago Peninsula to see what I could find.

Luckily the sandflies were asleep. As were the enormous sea lions. The penguins were out fishing again.


The sand dunes were stunning, and due to the wildlife that made the dunes a protected area were untouched by human footprint.


Onwards around the coast.

The sea mist came in.

I had a few minutes of bliss watching the mist rolling around.


Before returning back to the city for food and water.

Farmers market. Checking out the locals.

The market is beside the station. Where better to have breakfast?

I would like to show you a picture of the man who sold me some sausages…….

But I didn't take one. 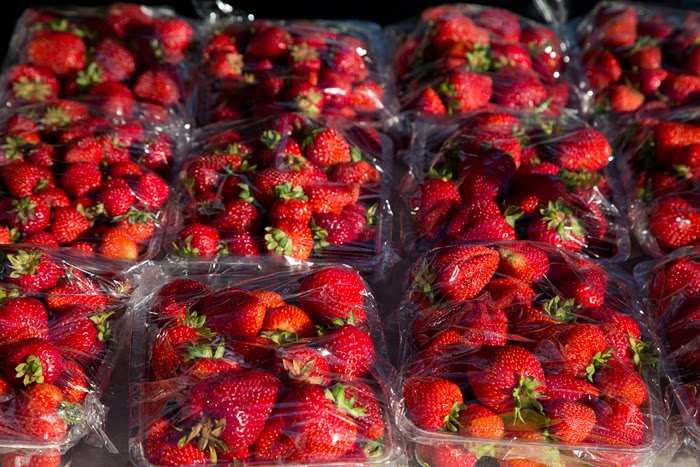 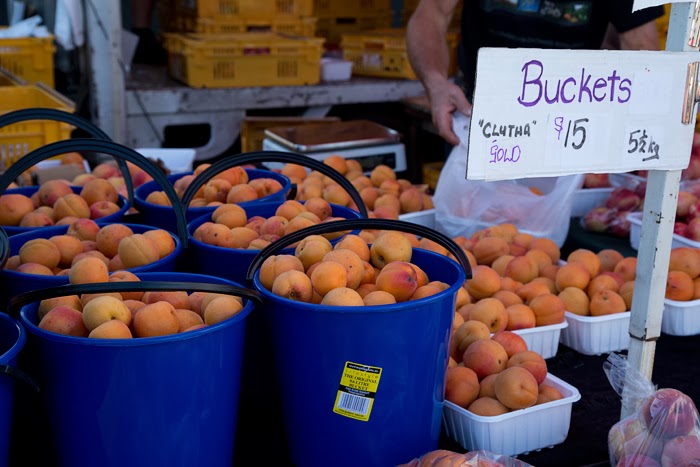 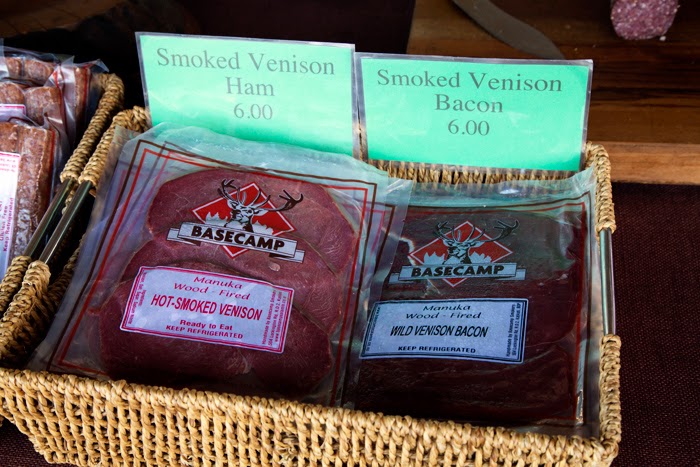 For locals, shopping at the farmers market, having coffee and meeting friends was the order of the morning. A relaxed and convivial atmosphere. 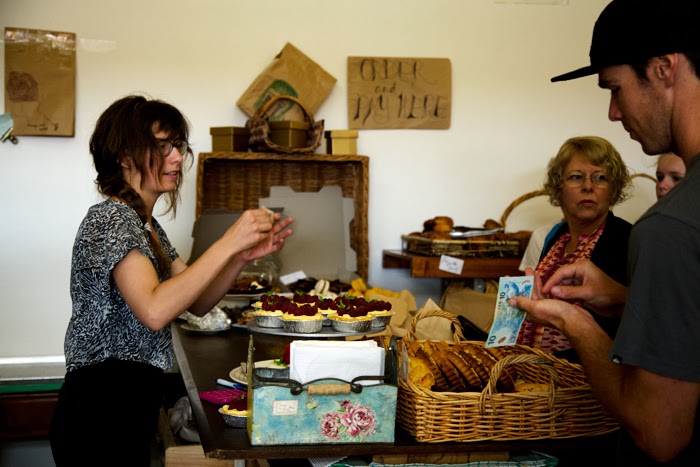 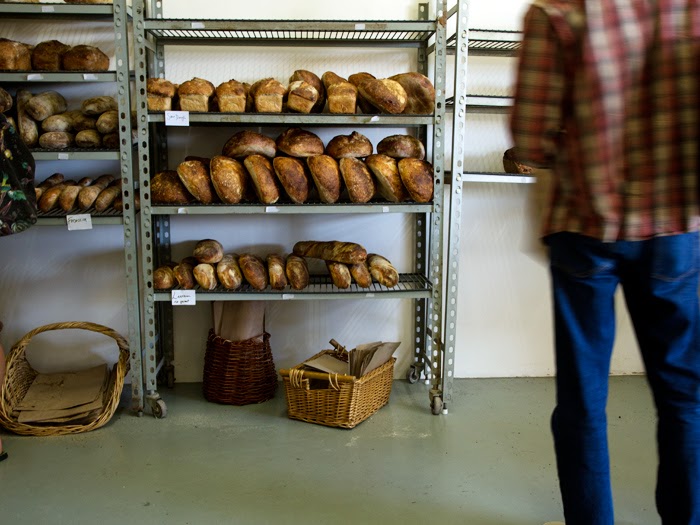 Next stop Port Chalmers, to inspect the cruise ships.


The cruise ships were BIG. 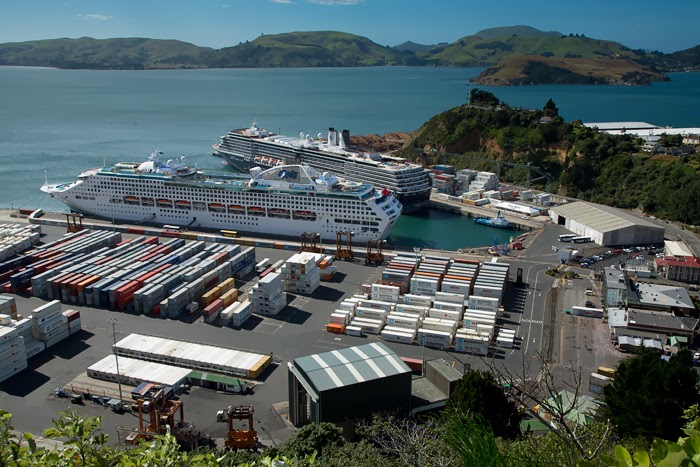 I got told off for taking photos at the port, so I went up the hill. 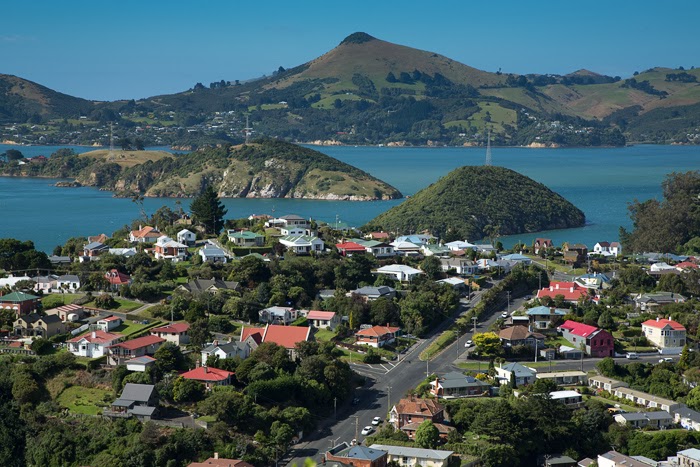 Off to another beach, this time north of the city.

Not a tourist in site. Not a cafe or even an ice cream van.

Not conducive to landscape photography. Time for some more long exposures and multiple exposures with my ND10 filter. 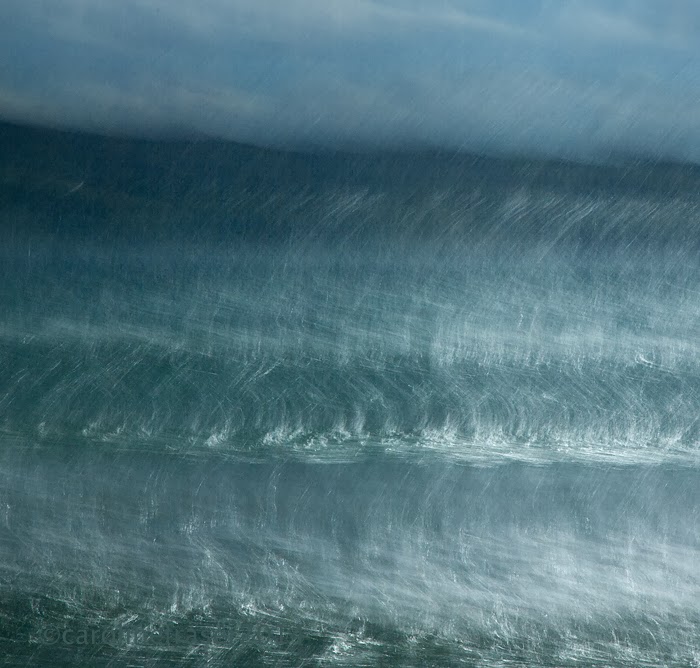 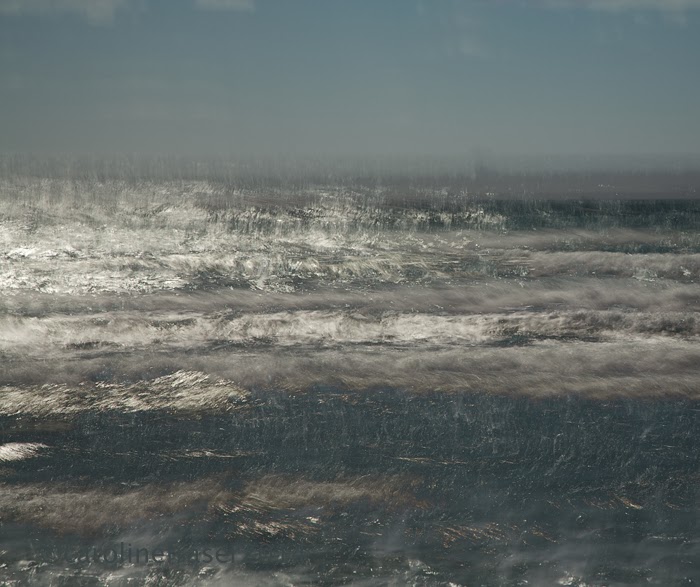 Lastly, Hoopers Inlet, which took my breath away. 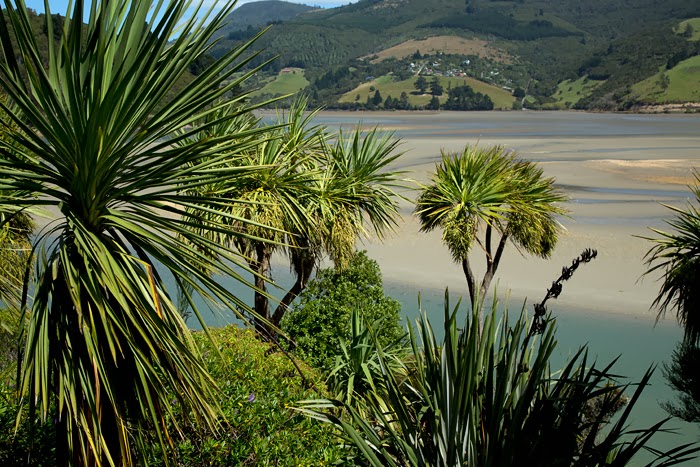 Reminiscent of Luskentyre in the Hebrides with its shallow waters and total patterns. The only problem was the lush vegetation obscuring the view.


The bright yellows are cockle shells on the exposed estuary bed. 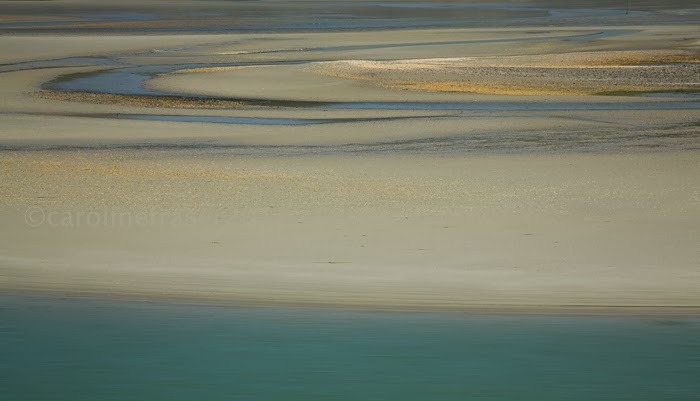 Dunedin turned out to be worth the visit after all.

You just have to get a little way out of town.

Away from the tourists. 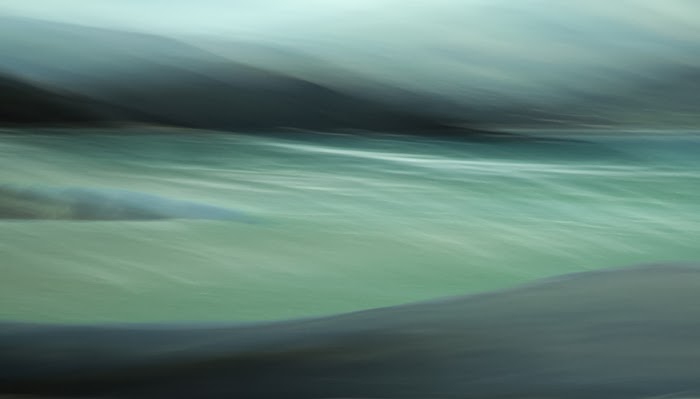 toys for boys and cows

So I made it through my first week at work. I felt more like a casualty doctor than a GP, treating injuries sustained by possum hunting, getting trampled on by a cow, falling off a ladder  and overturning a quad bike on the farm. Not to mention a septic hand from sheep shearing.

It seems that country life is fraught with danger.

The highlight of the Gore annual social calendar is the Southern Field Days; a large agricultural event held outside the town. I somehow got roped into helping with the parking, and ended up in the field in the picture above for 4 hours wearing a high-vis vest and directing the 4x4's into neat rows on the top of the hill. A first for me, and probably a last, as the event only runs every 2 years. I did a good enough job and got a ride in a trailer and a bag of chips as my reward, after 4 hours of waving my flag on a pole.

Once released I set off to see what the show had to offer. Not much for one who isn't deeply into agricultural machinery or fence posts, fertilisers and ecological systems. The the show is massive, and I spent a good 3 hours wandering up and down.

It was muddy. Everyone wore boots, and the dress code was 'jeans'.

It occurred to me that this show was about toys for boys. Brightly coloured enormous machines in primary colours that will later get completely covered in mud. I am told that farmers like to stand kicking the tractor tyres and chatting about the machines. There were a few stalls of clothes for the ladies, but no one was buying.

There were also sex toys for cows. 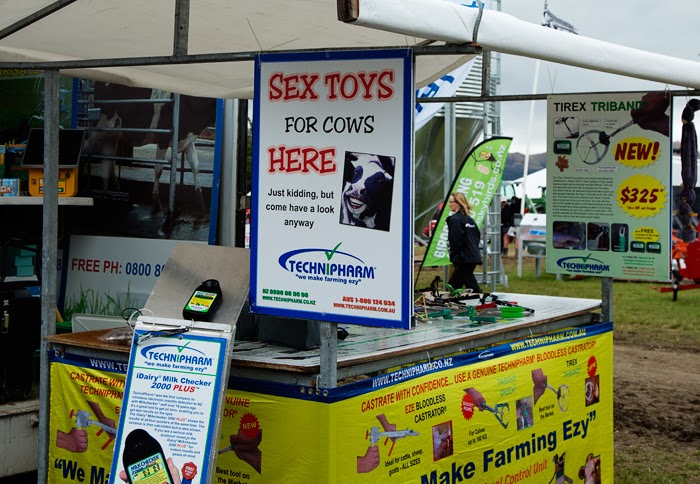 Well not really; look carefully at the writing below……………. not for the squeamish……..


And a giant machine that I thought was cleaning the floor of the barn, but turned out to be turning the food over and pushing it towards the cows, keeping it fresh and 'improving their appetites'.

There were some delightful names for livestock feeds.

It wasn't a big day for sunscreen, but hats were selling well.


I didn't buy anything.

Not even a truck.


But I did go to Fiordland for the rest of the weekend, and had another dose of heaven.

More about that later.
Posted by caroline fraser - an ordinary life at Monday, February 17, 2014 2 comments 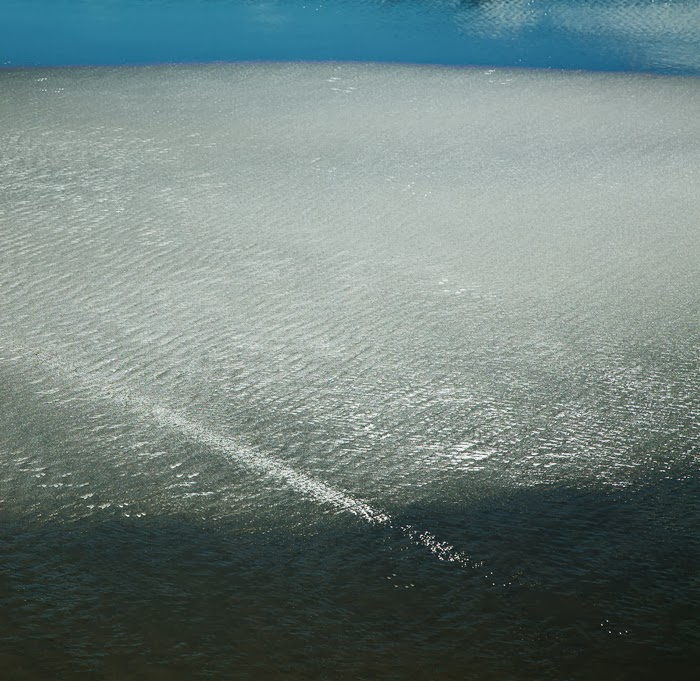 Having declined my landlady's offer to visit the Presbyterian church I put my new ( very old) car to the test.

Conscious of the fact that my mobile might not work if I broke down in the countryside, and also conscious that I have no idea who to call if I do break down, I had a last minute change of plan re the days activities.

I had planned a 4 hour hike up a river and back, but chickened out after imagining all the possible disasters that could befall a lone female in the middle of nowhere up  dirt track.

I decided to stick to busier roads where at least someone might pass me should my vehicle let me down
and set off to the Catlins. 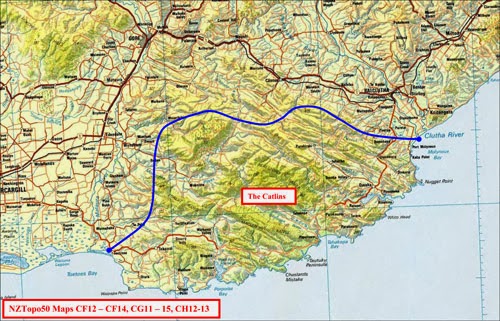 Which is here, at the very bottom of South Island. 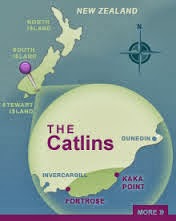 About an hour east from Gore.

Down dirt roads, where the flat whites don't taste like flat whites, and the car radio fades into nothingness.

First stop, Nugget Point, to mingle with the tourists. We all traipsed down the hill to view the rare yellow eyed penguins from a hide above the beach. 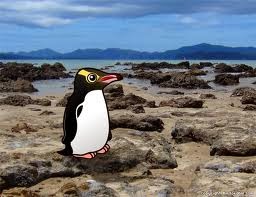 But they were all out fishing.

Onwards to the lighthouse sitting above the nuggets.


Passing some beautiful views along the way.

Then on to Surat Bay to see a lone sea lion 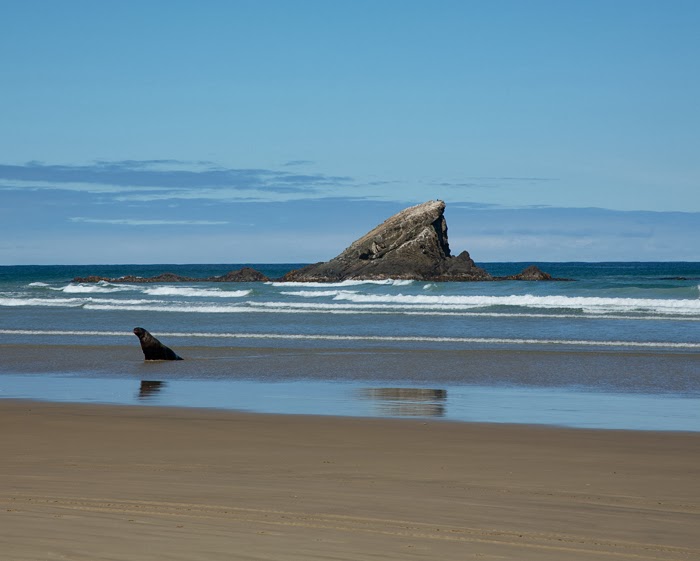 Back into the sun as the tide went out, I played with the light on the wet sand and water.


I was in heaven.