Streaming on the intergalactic superhighway

OH ( other half)  has decided that we need a broadband upgrade.

Daughter in Canada freezes mid sentence on Skype. Not always a pretty sight; strange contortions held until the cogs get whirring again.

It is time to embrace the super highway he says.

I have to admit to having shown little enthusiasm for this change, despite being the 'early adopter' of technology in our relationship.

Status quo versus internet black hole as everything goes pear shaped and we are left with nothing but a land-line is my preferred option. 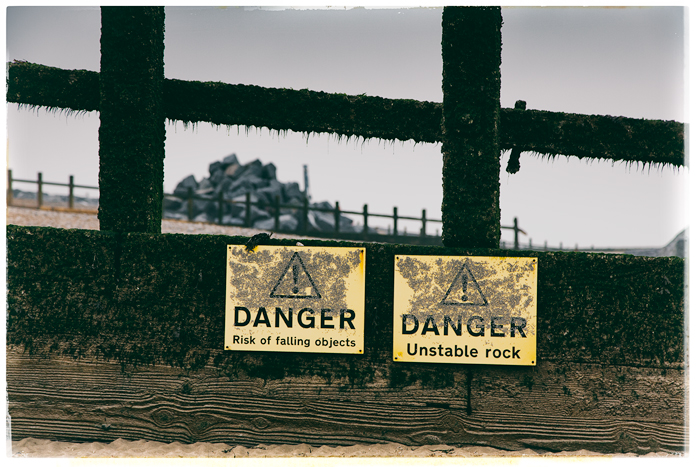 I am quite happy with what we have now. The thought of losing contact with my friends in The Arcanum or not being able to back up or upload  my photos are my main concerns . OH is not a technical prodigy; his expertise lies elsewhere, in the land of real people.

So when the new internet box arrived through the post, my heart sank and I decided to head south, to Camber Sands, in order to be absent throughout the period of teeth gnashing and mild to moderate swearing.

Down there there is no internet ( at least where we stay), so I have to read books and work on my images of rocks on the beach . 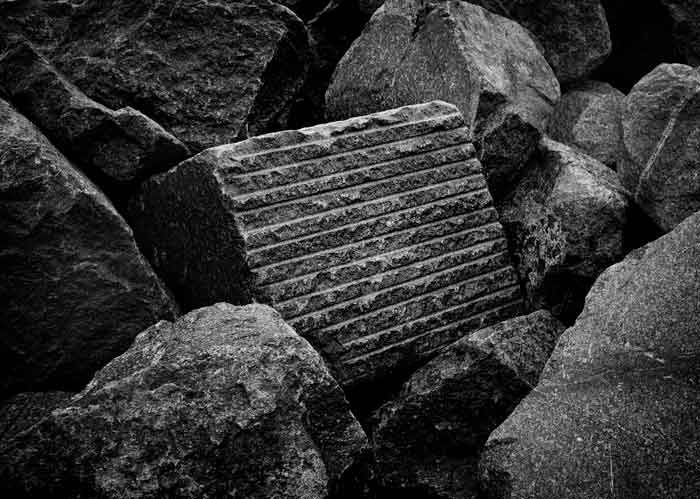 So this morning, I got up early to be down on the beach at low tide, to see how the rocks are doing. Men in high vis clothing and cranes were in action early. They looked picturesque on the bank. Photogenic even. 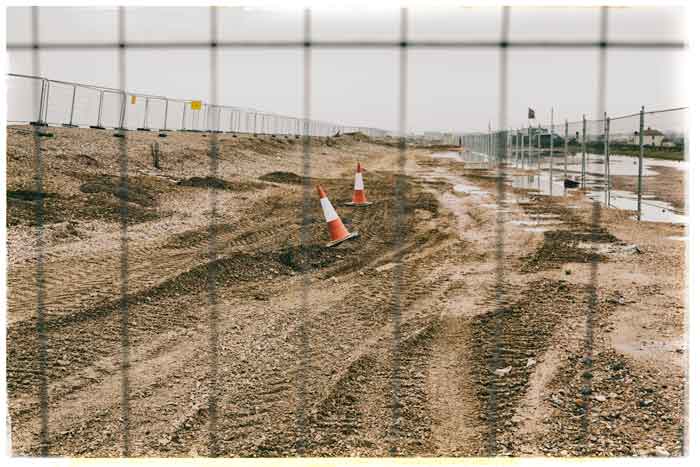 I switched on my camera. 'low battery'

This is becoming a habit, and is one of the perils of trying to escape suburbia. I always leave something behind.

I framed my first photo, and the camera died. So I am going to have to share some old images of the works, taken when the workmen had all gone home. 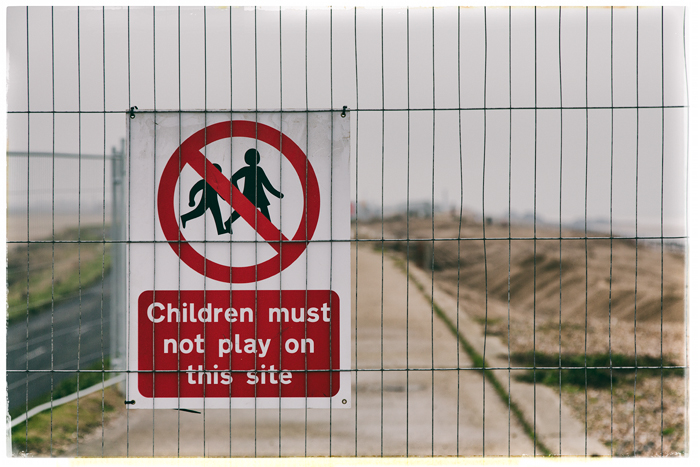 After a short walk in the early morning soft and gentle sunlight I headed off to my studio to prepare for the 'Feast of Delights'.

My 'delights' are boxed sets of cards and small framed images that might do for Aunty Mabel's or Uncle Bernie's christmas presents. I am an expert on making white boxes, and find it very therapeutic after the travails of worrying about my internet connection and a very unwell family member.

As I sat making boxes OH rang me. He was busy setting up super fast broadband.

'It is in my book of passwords' I replied, and advised him where to find it.

He duly found my notebook of passwords and read what he could of my incredibly tidy handwriting.

I realised what was written and told him what the encrypted note said.

'that's a really stupid word' was his response.

'And how was I supposed to know that from what was written?'

'you weren't…………passwords are meant to be secret……..a book of passwords that anyone could read would not really be a very good idea……….'

Anyway reader, the really good news is that we now have new wifi that works, which is  huge relief.

Later that day I asked OH if it is faster and fulfilling his wildest dreams.

Not really the response I was expecting.

'I'll only really know when I try streaming…..'


What could I say?

But I was so relieved that we remain connected that I went into Rye to buy cakes and took them over to Dungeness for a cup of tea and watched the sun go down with gentle folk who are lucky enough to work and live in the land of big skies.


Roll on the next episode of Dr Who. Then we ( OH)  will really be riding the intergalactic superhighway.

One week to go.

Lots of cards and small prints from me.

Lots of lovely food and arty gifts from everyone else.

Hope to see you at the School Creative Centre , Rye 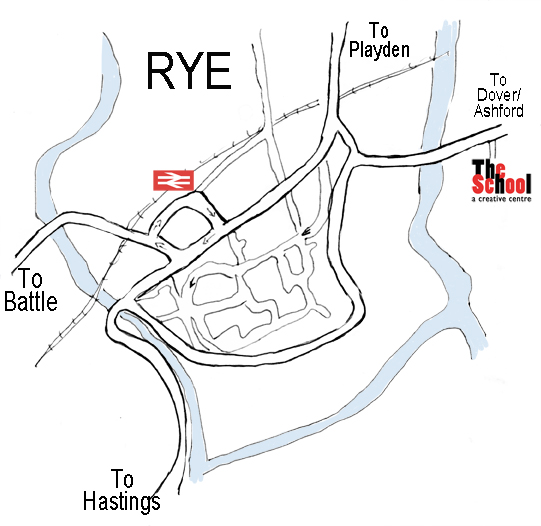 On words, memory and the moon


Having a strange day today.

Clearing out a room for the purpose of redecorating I came across a diary from the millenium year that I had forgotten that I had written.

I also found my girl guide pencil and cat badges. What happened to all the others? I had an armful.

I wonder what I did to achieve these. We had no cat and we had no dog. OH has kindly searched the web for me and found that I had to care for an animal for 4 weeks.

Perhaps it was a hamster.

I wonder what sort?

All I do remember is that I learned how to change a car tyre. (- did I get a spanner badge for that?)

I became a Queen's guide.

Which then allowed me to leave.

I was not brave enough to say "I have had enough, thank you".

It has taken me about 50 years to be that brave.

His recently published book is a thing of great beauty.

Currently he works with scanned objects, creating images with repeated motifs and laden with metaphor.

He encouraged us to make images from the confines of a small square of the world that might represent other stories or landscapes.

I got very stuck. An hour passed and I had not made any images.

And I had been working so hard to try and avoid copying his motifs and style.

I did as I was bid, and added some grassy stalks.

I processed the image with the aim of making a moon or other planetary orb.

And then today in my lost dairy I came across a poem that I wrote in 2000, and which had slipped my mind.

It feels as though they are meant to go together.

Along with some words from Robert Frost about writing poetry and his poem about the moon.

I shall have to start cutting and sticking again; so much more pleasurable to read than a digital diary.

on memory and mundanity in photography

I went hiking with them many years ago, and recently revisited a box of slides where they lay lurking. If I hadn't found the slide I would remember even less. or maybe nothing at all. What I remember, and what I have photographed do not tie up in my mind. Two different stories. Which got me exploring how other photographers have tackled the subject.

I came across Paul Hockett's work; beautiful monochrome images and a book. Vague and ethereal.

More of her series on memory can be seen here

The interesting thing about her work, for me, is how it evokes very personal memories of childhood days and the emotions experienced when faced with the trials and tribulations of playground etiquette.

No rose tinted glasses in here.

And then there are Jackson Patterson's "Recollected Memories".

Using photomontage he explores the narrative that emerges between subject, space and time. Source material includes his own and his family's albums.

"Each blended piece possesses its own original story, in addition to the one the viewer takes away"

All of the above I find moving and thought provoking.

Looking at my own albums, I am lost for a way to express them.

The more I think about it, the less certain I am that this is a valuable way to spend my time.

But what does fascinate me is the little things that I see in old photographs, that I had forgotten about and that interest me. An old red thermos flask on a beach in Wales in 1974. My beach towel with fishes on. Things that had long slipped into the recesses of my mind; rediscovered. Ordinary life.

A 'present' for the future. Captured long ago.

There is value in capturing the mundanities alongside the special occasions.


Studies at Harvard University have shown that underestimating the pleasure of rediscovery lead to time inconsistent choices. Individuals forgo opportunities to document the present, but then prefer rediscovering these moments in the future to engaging in an alternative fun activity.


It is only by documenting the present that we will have the opportunity to rediscover mundane moments in the future.


So what I need to do is take lots and lots of pictures of very ordinary everyday things, and hide them for a number of years, until I have forgotten about all about them.  Then, at a time as yet unspecified,
I will rediscover them before I drop dead and will have so much fun.

Subject Matter in London - a pop up show 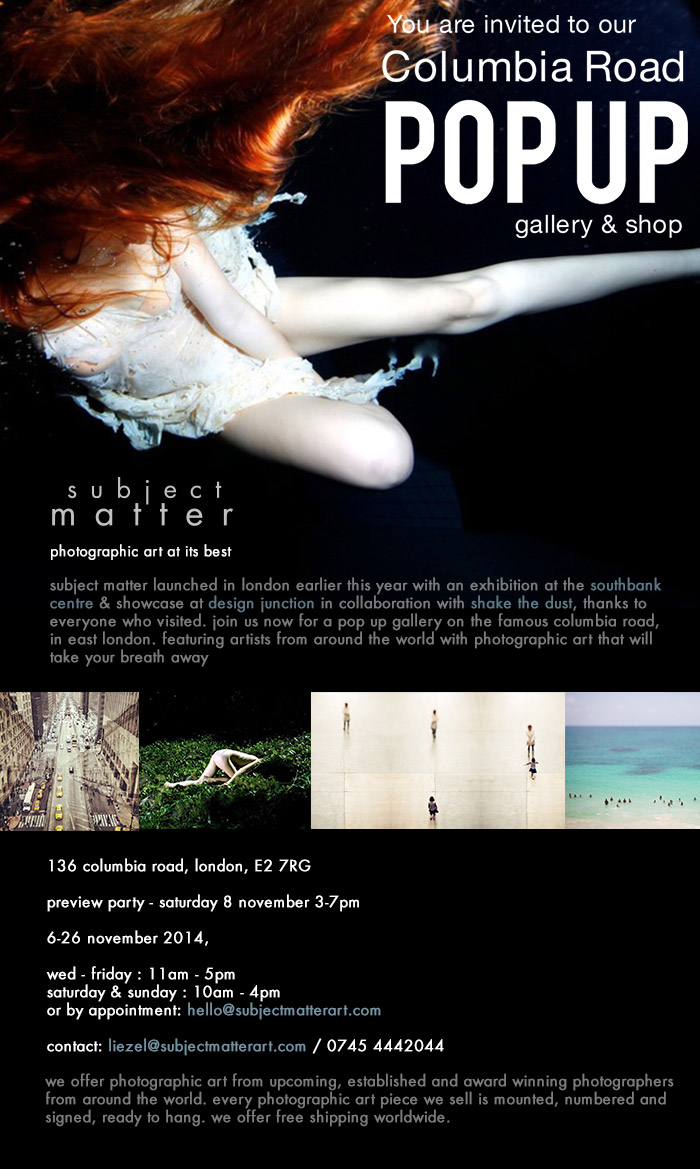 My work at Subject Matter
Posted by caroline fraser - an ordinary life at Wednesday, November 05, 2014 0 comments