A spot of culture - Yayoi Kusama at Tate Modern

I was interested to read in the paper today that Damien Hirst's spots may have originated from seeing Yayoi Kusama's work. I have always thought of them as being inspired by Bridget Riley, being more similar in terms of colour, but it seems that Kusama was obsessed with spots long before either of them.


Not having heard of Kusama until a week or so ago, but keen to see her colourful works after enthusiastic reviews in the press, I took a break from domesticity and jumped on a train in the sunshine for a dose of culture.

Arriving at the Tate I learnt that Kusama was probably inspired to become an artist after her mother told her that she should stop painting. When she was about 10 her mother took all her paints and drawing materials away from her, saying that she would need to marry an important man and become a housewife. A sure recipe for rebellion, and possibly why she felt the need to emigrate to New York in order to escape the restrictions placed on her by Japanese culture in the 1950's.

The video introduction to the exhibition is moving and instructive 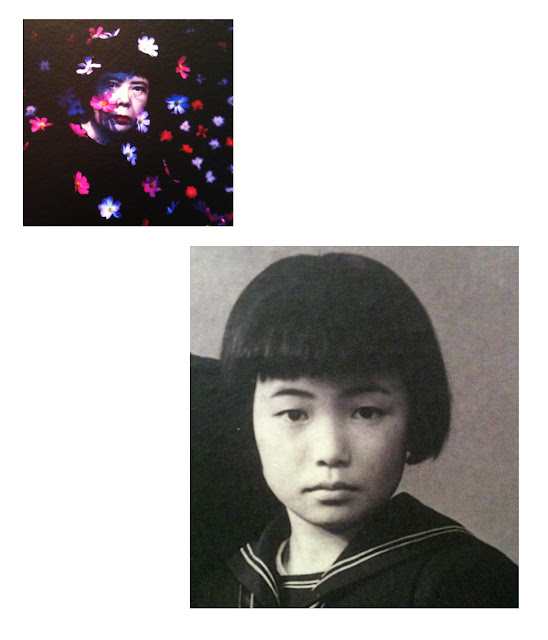 The exhibition is extensive and engaging, particularly her detailed drawings based on botanical specimens and the natural world. Visitors to the exhibition were taking photos surreptitiously wherever I looked. It amuses me to watch people trying to take pictures covertly, and regularly being told that photography is prohibited after they have bagged a shot. There must be thousands of photos of the exhibition out there. I made do with a few postcards, including one of "Yellow trees 1994" shown below, not feeling flush enough to buy a signed copy of the catalogue for £150 like the lady in front of me at the till.

The whole room installations of spots and coloured lights are uplifting and give one a sense of being immersed in a fantasy world. The exhibition guide suggests that the spots shown below in 'I'm here but Nothing' might be an attempt by Kusama to visualise and re-stage her own hallucinatory experiences, during which she senses that the visual world is overtaken by endlessly repeated forms. Her mental illness is not discussed in any detail, but it is clear that it hasn't affected her productivity.


The only disappointment was the hurried way in which one is moved through the gorgeous infinity room, which is a magnificent end to a stimulating and thought provoking show.


You can see more of her work on Artsy's website here

On the way home I popped into Trafalgar Square for a dose of sparkling water against a clear blue sky. 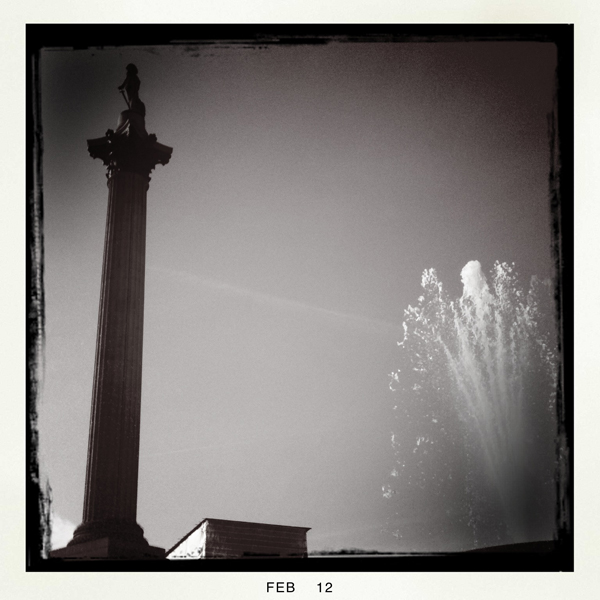 and along The Strand and Fleet Street where I imagined myself as a tourist, appreciating the architecture with fresh eyes. 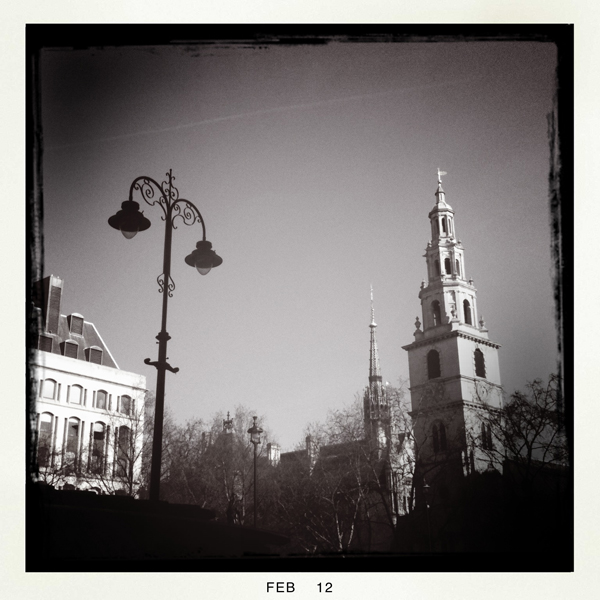 back to chaos and expressing feelings

sometimes a photo just represents a good time......
is an expression of mood,
and how a sunny blue sky and a very cold morning can make one feel.
there is no hidden meaning
at all
ice crystals
stream
nature's chaos
cold
Posted by caroline fraser - an ordinary life at Sunday, February 12, 2012 0 comments

all tied up ; untold stories from a walk in the woods 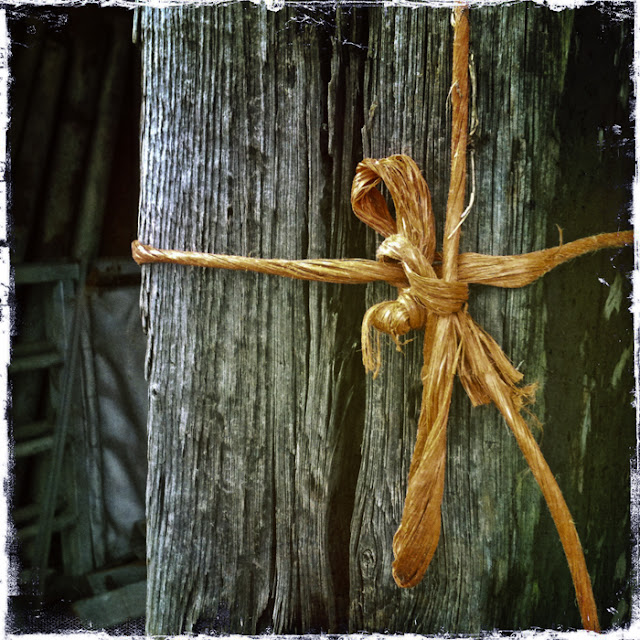 Nothing like a birthday to get one thinking of bows and gift wrapping. Walking around Hawkwood last week I carried only my iphone, as dog was ill, and I knew that if I took a real camera I would be out walking for longer than would be good for her.

When I came home I was somewhat surprised by the collection of images that I had made of bits of string. 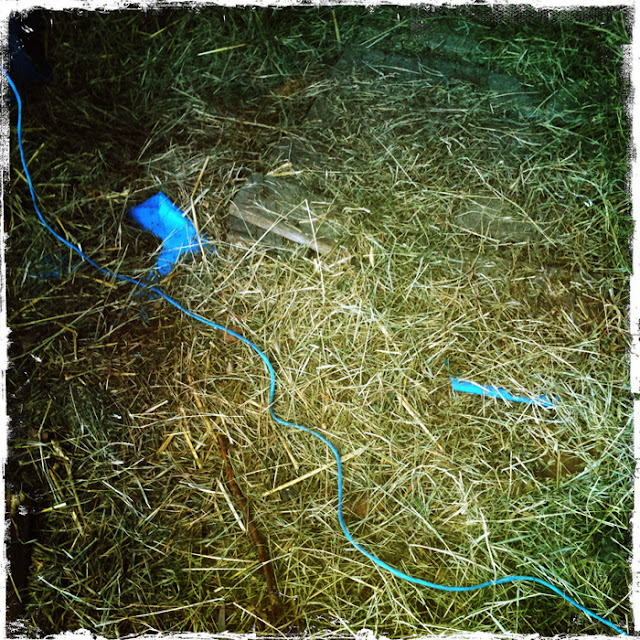 What fascinates me more and more is why we choose to take pictures of certain things. Most of the time I cannot explain what prompts me to click the shutter. Walking past the barn I was drawn to some blue string; probably prompted by the image of an empty barn that I created the week before and influenced by Zarina Bhimji's  work.


I think of these images as 'fragments' , 'remains' or 'traces' of earlier, unseen human activity. 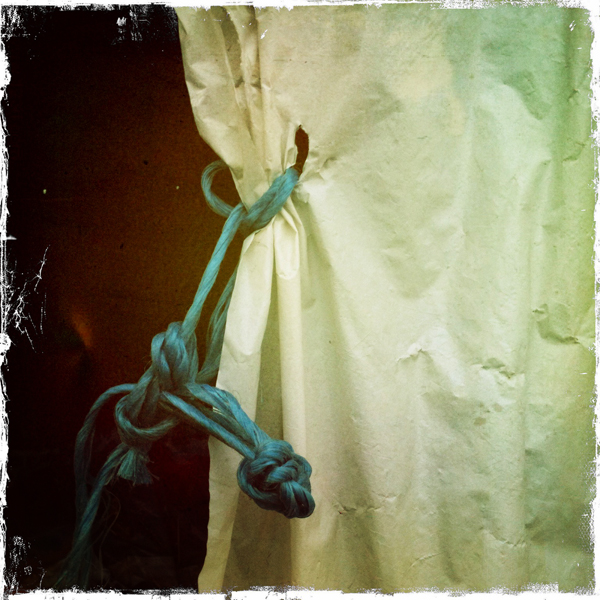 There is something attractive about knots and trails of coloured fibres. I can't say that I was conscious of any deeper meaning when I made the images, but what about the subconscious?

What would the viewer make of these?

How will they be interpreted?

Of course knots are symbolic of life and relationships, but could also have other connotations depending on the individual viewer's perspective on life. 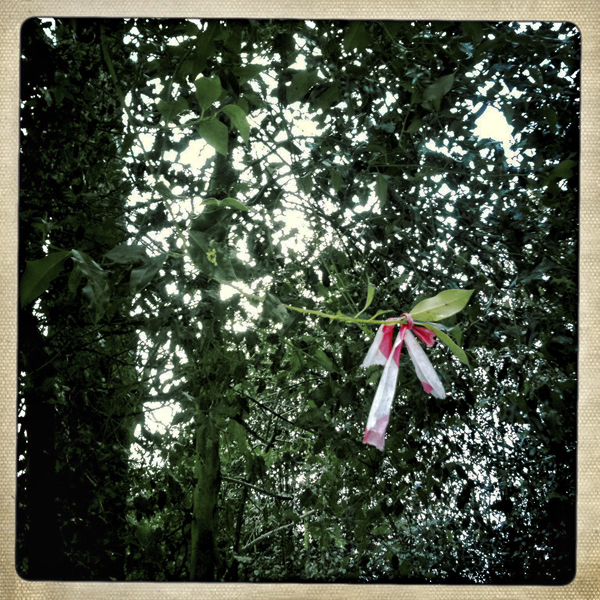 This one puzzles me the most; a bow of hazard warning tape tied high up in a holly tree, way out of reach. There must be a story behind this one, just as there must be for the pillow that still lies in the undergrowth, now covered in snow, and shown in an earlier post when first discovered. 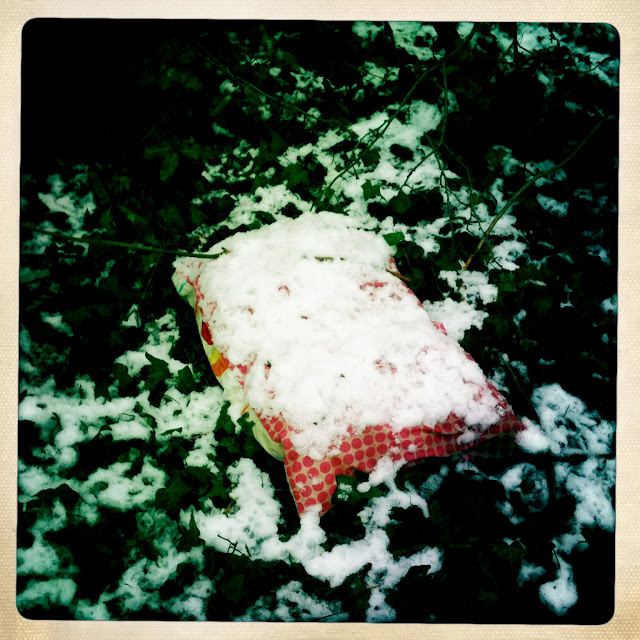 This pillow has become a source of fascination; I find myself looking forward to passing the place where it lies, wondering if it will still be there, and how it will look. I have photographed it with a  variety of cameras from Rolleiflex to Holga, and await the prints to see what will work best.

There is a story to be told, and I feel task before me is to tell it. But what the truth is, no one will ever know.


David Ward , landscape photogpraher talks about photographic meaning in the latest edition of On Landscape magazine. He talks about meaning with reference to landscape photography. He might argue that these images are not landscapes, but for me they are as much a landscape as the traditional mountain or countryside scene.


The difference is that rather than just being an expression of how the landscape makes me feel, which is how I would wish people to view my more traditional landscape work, these may be trying to say something more.