My other half (OH) tells me that I haven't written my blog for 4 weeks.

I blame it on winter viruses, Christmas, travel, lack of good wifi and the weather.

Too nice to sit indoors and write. Outside the sun has been shining and the snow thick on the ground.

I am back in Canada to visit family, with a short trip to the Yukon thrown in for good measure.


Because other half ( OH) wanted to go on a sled dog ride.

I was more than happy to go along with this plan, for nothing makes me happier than a cold wilderness environment and the chance for some photography.

The only problem here right now is that they are having a heat wave. It is up to 5C by day, which melts all the snow on the trees and makes for icy conditions. The winter wonderland is less wonderful without the icing on the trees, but spectacular all the same.

It should be around -24Cc or lower. Cold enough to need serious winter clothing. We had to put our gloves on for photos on the first day in order to look authentically cold.

The quiet is impressive here.... still enough to hear your own heart beat.

Having seen some spectacular scenery, tested the thickness of the ice on the lake by drilling a hole, and eaten some delicious bison sausages cooked over a camp fire beside the river (thanks to the incredibly hospitable Werner from taste of yukon) we got to the serious business of the dog sled ride.

We were taken to Alayuk Adventures ; a dog sled centre near Whitehorse.

First impressions were not good..... there appeared to be blood on the ground, which later revealed itself  to be dog broth.


Some of the dogs needed a little coaxing out of their kennels.


The ride was exhilarating.

Through the woods where it was cold enough to see snow on all the branches, and across a small lake.

We were wearing so many clothes that photography was practically impossible during the ride.

I should have had a go-pro attached to my hat, but I don't possess one.

What they don't tell you before you start is that the dogs relieve themselves whilst running. The passenger in the sled gets a delightful odour and a full view of this activity, and the snow is littered with brown and yellow stains. 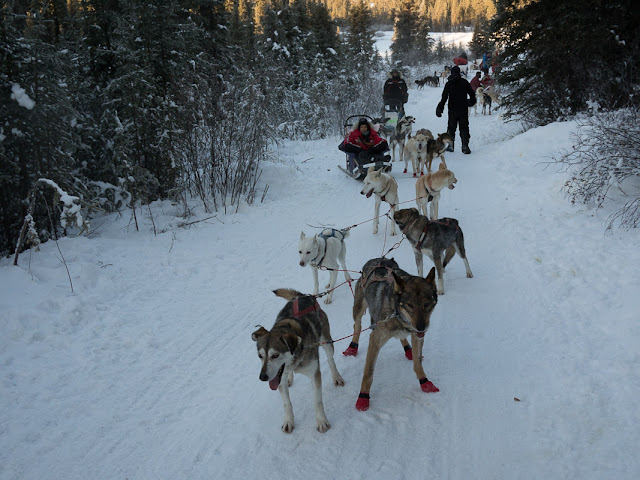 I made a really bad video with no sound, which gives a passenger's eye view of the ride. OH is in front of me; you can see his rear end.

We stopped for a brief rest, and the dogs played momentarily. 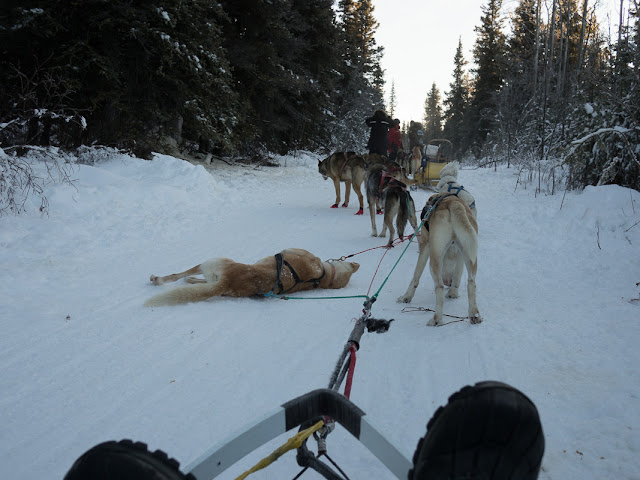 Some of the dogs have sensitive feet and wear socks to protect them against the cold and burns.


After the run the dogs are given nutritious red broth. 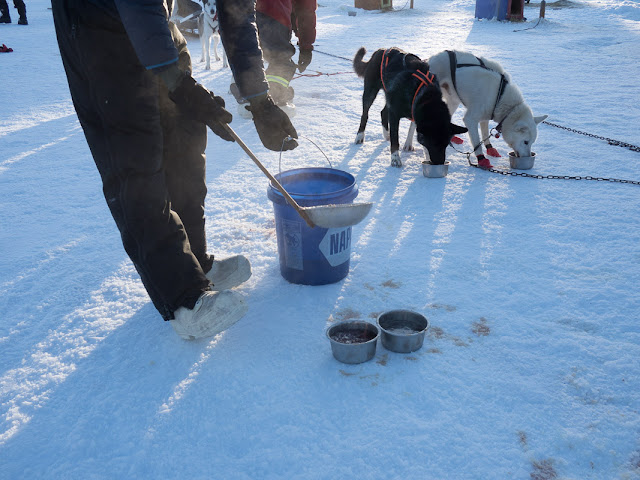 The owners of Alayuk train their dogs for the 1000 mile Iditarod race across Alaska. It takes 9 to 12 days to race a sled with up to 14 dogs under incredibly harsh conditions. A ton of dog food is shipped to the checkpoints in advance of the race. 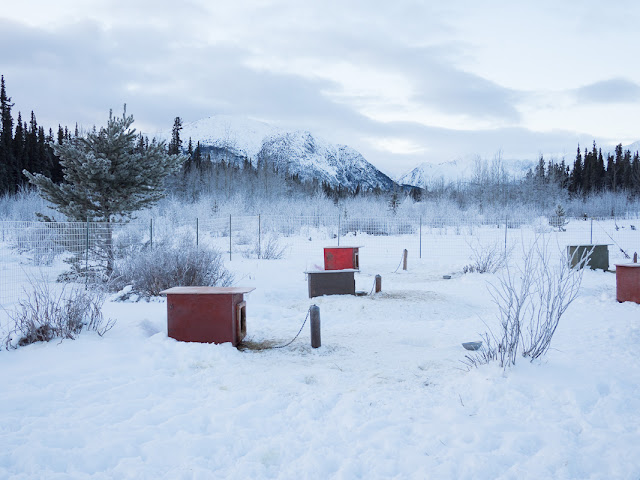 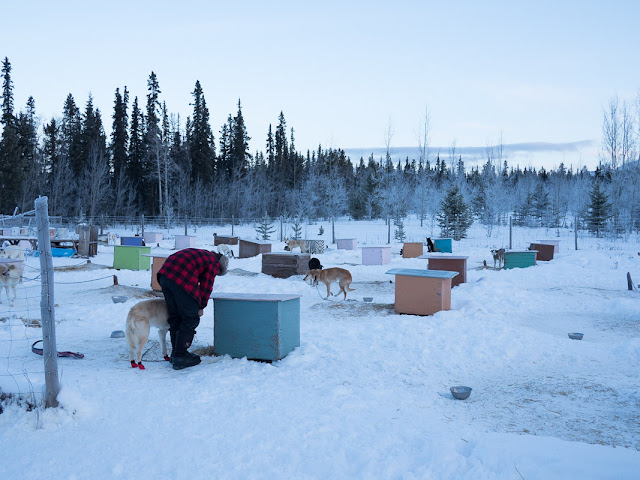 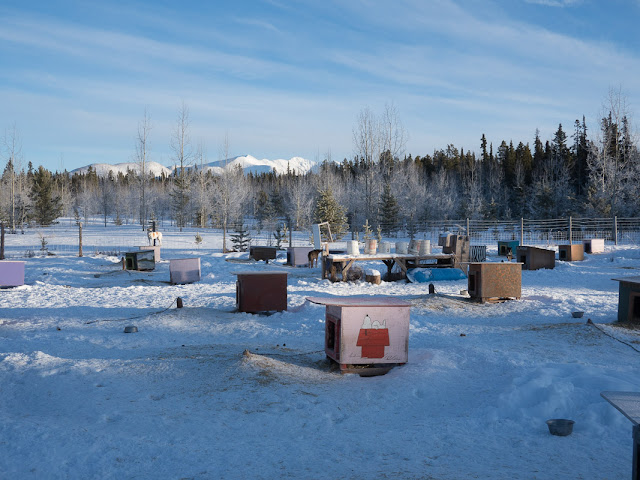 This is a very different way of life for people passionate about animals and nature.

I have nothing but admiration for their determination and dedication to this harsh way of life.
Posted by caroline fraser - an ordinary life at Saturday, January 20, 2018 0 comments