I had an hour of browsing before embarking on the tour that I had pre-booked.

We were whisked around at high speed by the glamorous and enthusiastic Jean Wainwright for over an hour, in which I learnt so much that I had not appreciated about the works at first sight.

For photography now is not about straight images. I heard one gallery owner admit to Jean that 'she cannot sell un-manipulated images; people want something more'. Composites are particularly in vogue.

It is about reinterpretation and reworking of the work or others. Of manipulation and conceptualisation. About process as well as content. About using old techniques such as cyanotypes and manipulated celluloid.

The beautiful image above by Rory Carnegie, from his award winning series Port Meadow Dogs is more than just a single image. It is a composite of layers, combined with a studio portrait of the dog , then reinserted into the landscape.

And it is sublime to my eyes. Probably my favourite work seen on the day, even if it didn't qualify for 'the tour'.


We saw artwork reworked from oil painting to photograph, looking at surface and light.

Jorma Puranen says of the series

'the series questions the relationship between the portrait, the portrayed, and the photograph of the portrait, and the way in which the employed mediums influence our perception of them as an 'image'.

And at  Sarah Myerscough are photographic portraits created in the style of old masters by Maisie Broadhead. 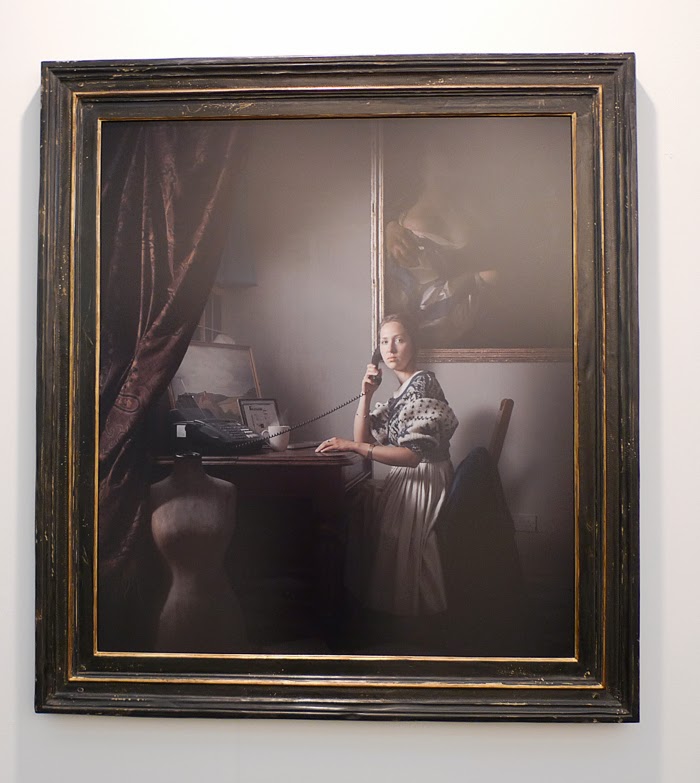 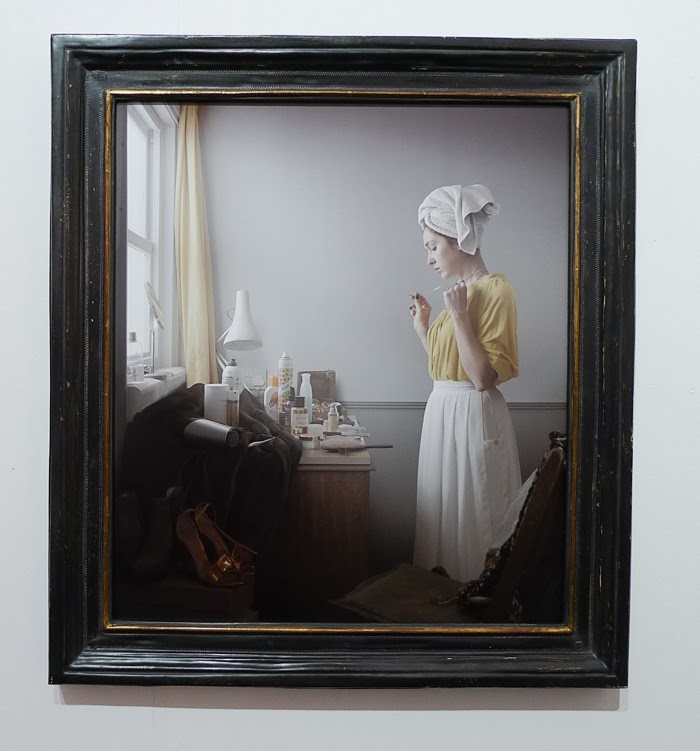 Framed like a painting. Lit like a Dutch master. But a photograph; unadulterated yet clearly set up rather than a snatched image.


Treetops in both colour and monochrome superimposed.

Burtynsky reworked the field proof polaroids that he used when preparing to make images of a ship breaking yard in Chittagong. These had become damaged over time, and by printing these up he replicates the theme of damage and destruction from the original scenes in the damaged celluloid.


Throw some books in the air and photograph them against the sky........... the series entitled "All that is solid melts into air"

I am not entirely sure what the message is here...... I must have stopped concentrating for a moment on the  tour; probably needing a cup of tea.


Also airborn were these beautiful composites of derelict houses, lifted into in the air and suspending belief, by Laurent Chehere from her series 'Flying Houses'. 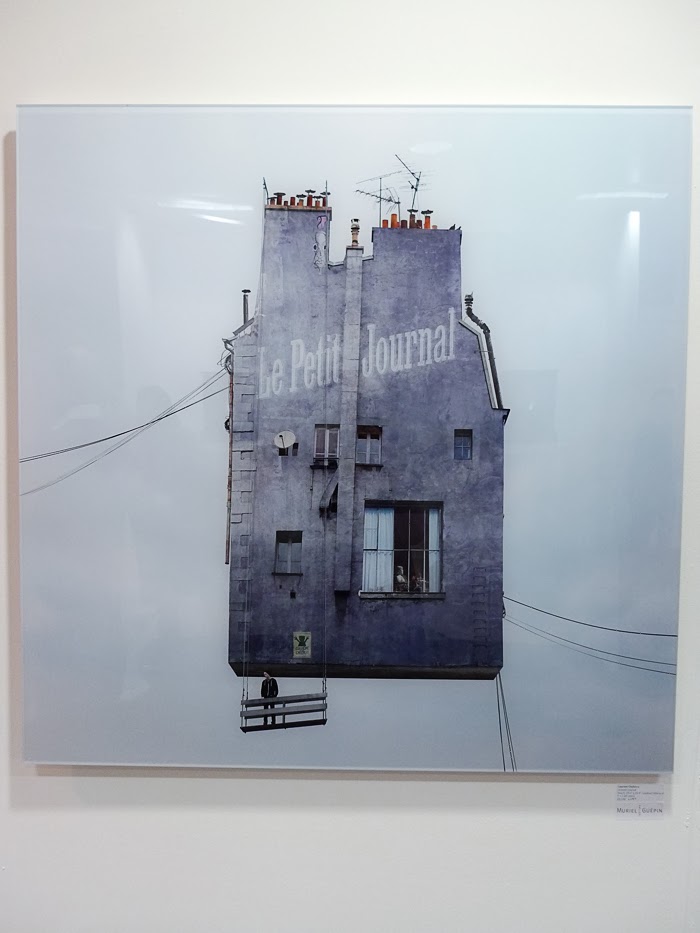 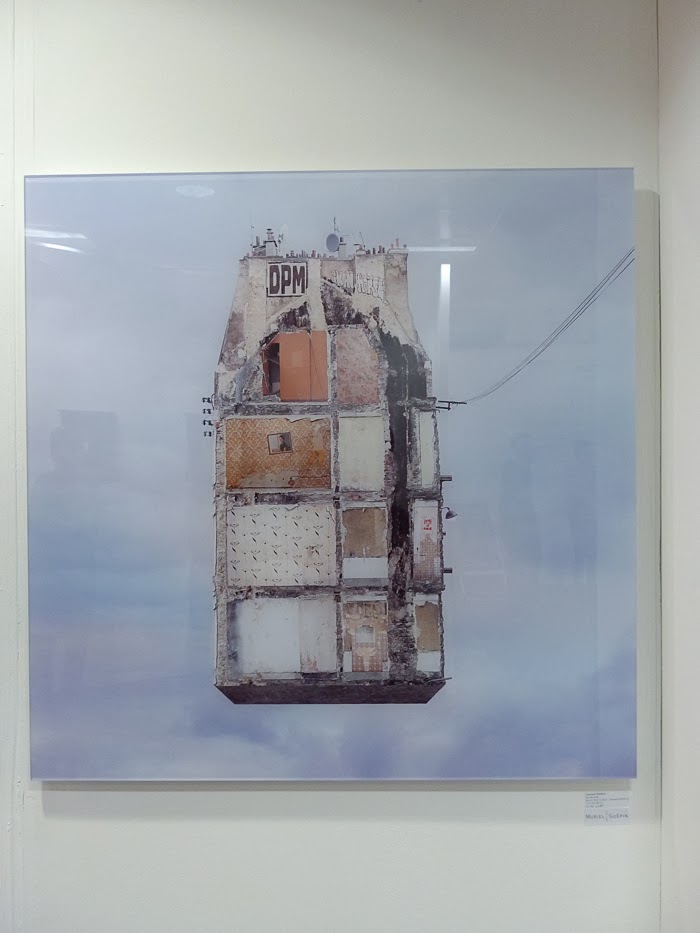 I came away with renewed enthusiasm and a determination to get creating. I have barely scratched the surface here with the wide variety of works on offer.

The art fair is about primarily about paintings, with a substantial number of sculptures thrown in too.

It is on for 3 more days; get ye down there. For a photograph will never do the work justice.

Posted by caroline fraser - an ordinary life at Thursday, January 16, 2014