It has been a day of being patient, and trying to be philosophical about the inevitability of decay in the home.

He arrived late morning to replace the pump on the central heating which has a slow leak. And to service the boiler, which has been neglected for a year or two.

By the time he had finished he had

Meanwhile OH felt that it would be nice if I got the dodgy light switch in the kitchen repaired while I was waiting in for the gas man. Who was I to argue. I rang the electrician, and he agreed to come later in the day.

So I waited in for him this afternoon, and he informed me that the long departed builders had destroyed the fitting for the light and done a bodge with a matchstick, and that he might be able to fix it..........

Three hours later he decided that he couldn't fix it, so he went off to buy a new switch and came back to replace it. He finished at 6 pm.

So that was my day. Gone.

How did I fill my time you might ask?

I would like to say that I found something really useful to do. Well 'useful ' now comes in grades and on a  scale of 1 to 10 I think I was managing about a 2 today.

I started researching the sending of my excess baggage to new Zealand.  I may be short on fashion items and handbags to accompany me on my travels, but I do have a few things that I can't fit in my one small suitcase, such as a tripod, some hiking gear and a rucksack that I wish to send ahead rather than pay $1000 to my airline as excess baggage fees.

But they would like it wrapped in a proper cardboard box. This is because the baggage handlers like to throw things around and they won't guarantee safe arrival otherwise. 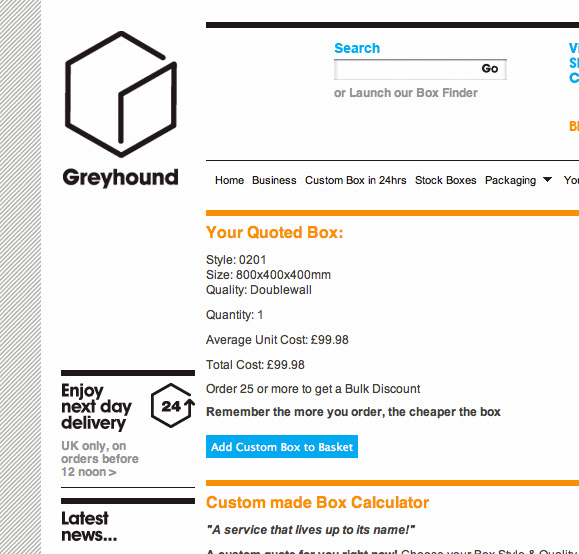 As you can see, cardboard boxes are quite expensive if you only wish to purchase one that fits a regular holdall. The 'custom quote' that you see above was for £99 for just one box. A cardboard box.

I continued my search and eventually found one for £8 on ebay. 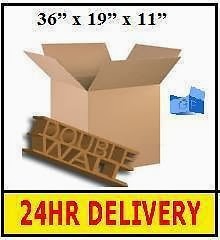 Frugality rules. I have a new pump to pay for.


Hopefully the man loading it onto the plane will find it too large to toss in the air like the Chinese baggage handler currently trending on U-tube who doesn't seem to care that all his cargo is falling onto the tarmac rather than the luggage belt.........

Watch out for your box; the baggage man is handling it


Luckily I am not sending out anything made of glass.

My camera lenses will all be loaded onto my back and taken as hand luggage in my lovely new camera bag from think tank photo suppliers.

My only worry is that it will be too heavy to carry.

Posted by caroline fraser - an ordinary life at Tuesday, January 14, 2014