One week, two photography shows, a book fair and plenty of food for thought.

Bigger than last year, and so much busier. Expensive too. 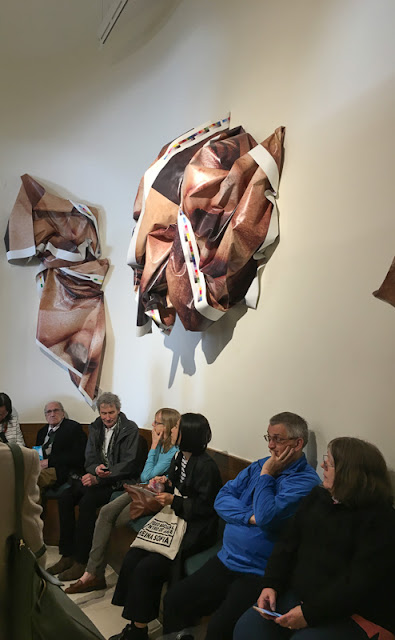 So much to see that people got tired, and had to have a little sit down under some scrumpled up photos.

I started in the portacabins and found a work that instantly caught my eye.

A varnished photographic collage made by twin brothers.

Right up my street. So much so that I asked the price. 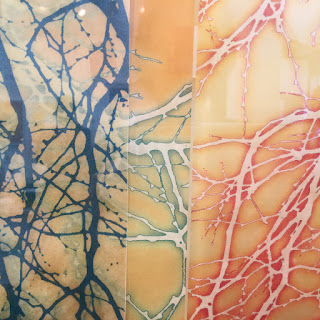 I reckon I'll make my own.

For size,  execution of an original idea and emotional impact it was hard to resist Nick Brandt's series of 100inch and larger monochrome prints from his series 'Inherit the Dust'.

The series highlights the loss of animal habitat in Africa.

I found them very moving and of extraordinary quality.


Which got me to thinking about the strength of work in series. Something I have been aiming towards for a while.

There were several series on show....

Photographs of highly respected physicists' (working on quantum mechanics) blackboards around the world from the series 'Momentum' by Alessandro Guijarro.


.....'bridging the gap between science and art'

Or what about children's playgrounds around the world.

'Various scenes of laughter, tears, and games demonstrate the intense experiences which happen in the playground. For each picture, Mollison sets up his camera during school break time, making multiple frames and then composing each final photograph from several scenes, in which he finds revealing “play” narratives.'

Not as simple as it might first appear, and I didn't pick up on the constructed play narratives in the way intended, but found the series fascinating none the less.

So what I need now is a brilliant idea for a series that takes me around the world at someone else's expense. Ideas on a postcard please.....

And talking of postcards, I do struggle a bit with some of the statements about artists' work.

For example, the text below 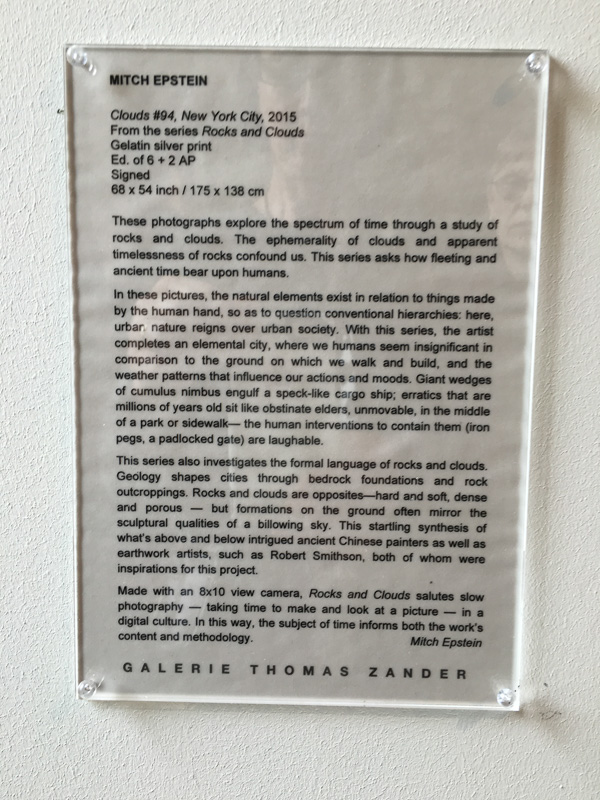 He could have just written;

'they show that nature is much more powerful than humankind'


The stand out, most interesting piece of work for me was the reworking of a true story of a group of failed Arctic adventurers by Christina de Middel.

Jan Mayen  is about a group of scientists who didn't wish to lose face after a failed adventure, so they constructed a photographic record of a fake 'landing' on an Icelandic beach , pretending that it was the island of Jan Mayen that they never reached. Christina has used sound found imagery and combined it with her own work to tell a story of her own, blurring further the line between fiction and reality.


It reads more like a book, and got me thinking about storytelling with photography.

In fact the more I got thinking the more I felt that I need to try harder.

there is nothing like an overwhelment of images to get the creative juices going.

I haven't even got you to the book fair or FixPhoto

but I have created a new collective noun (I think).

Time for some lunch.