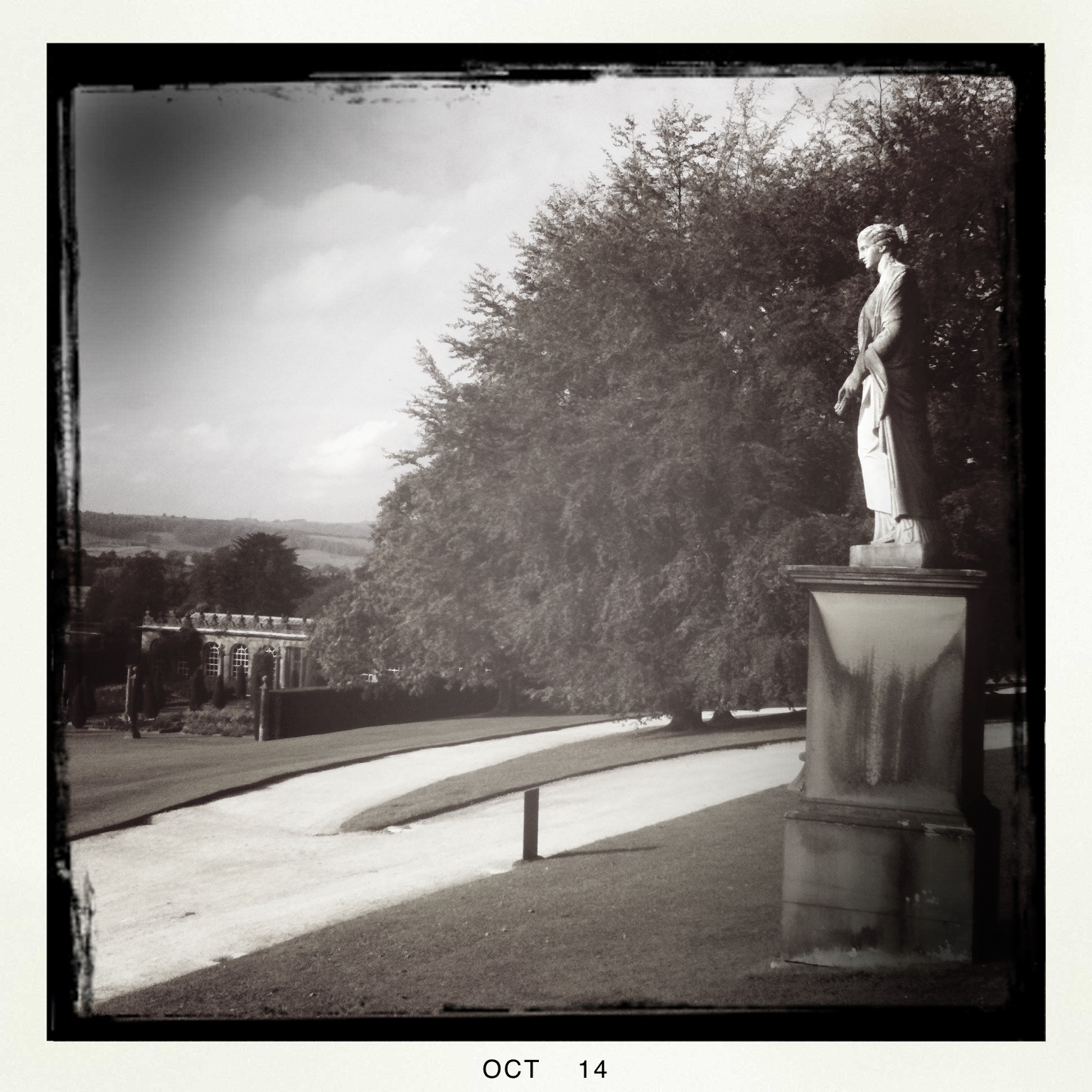 I am up north………Derbyshire……….for a funeral.

The funeral is tomorrow, and I arrived a day early, so I put cameras in the car and made a journey to Chatsworth House, as I have fond memories of the fountains and countryside from a trip with my children 20 years ago.

I wanted to relive the views and take a walk after all that driving.

I packed my rucksack and set off across the fields, along the river.

I stopped to take a picture of the house in the distance.

The camera was dead.

I walked back up to the car and changed cameras to a small one.

Back down the hill.

I stopped to take a picture again.

The camera was dead.

I had driven for an hour to make photos, with two dead cameras. I was not impressed with myself.

Far across the fields were many cars and people wearing black.

I had gate crashed the wake for the Duchess of Devonshire. Quite unintentionally. The police man at the car park said'  a couple came here all the way from Australia  If only they had checked the website, as the house is closed today'.

I had not checked the website either. I had also come quite a long way. With two completely useless cameras.

I needed a walk, and I wandered on down he hill to see some action. I was wearing jeans and a vivid orange T-shirt. Not really appropriate attire for a funeral.

As I wandered towards the house, an elderly man stopped to let me know that he had been to the wake and had tea and cake. 'You don't often get out for nowt' said he. I didn't think I was likely to get anywhere near Charles and Camilla or the tea and cake.

I approached some guides at the entrance to the gardens and politely asked whether i could get anywhere near the sculptures that are currently adorning the grounds.

"just go in' they said. "everyone is welcome' .

"but I am  not really wearing the right clothes………"

Flattery will get you everywhere.

They were incredibly kind and friendly.

So I plucked up the courage to wander into the gardens amongst the local gentry folk in their funeral wear.

I got out my very old phone, and used it as my camera. 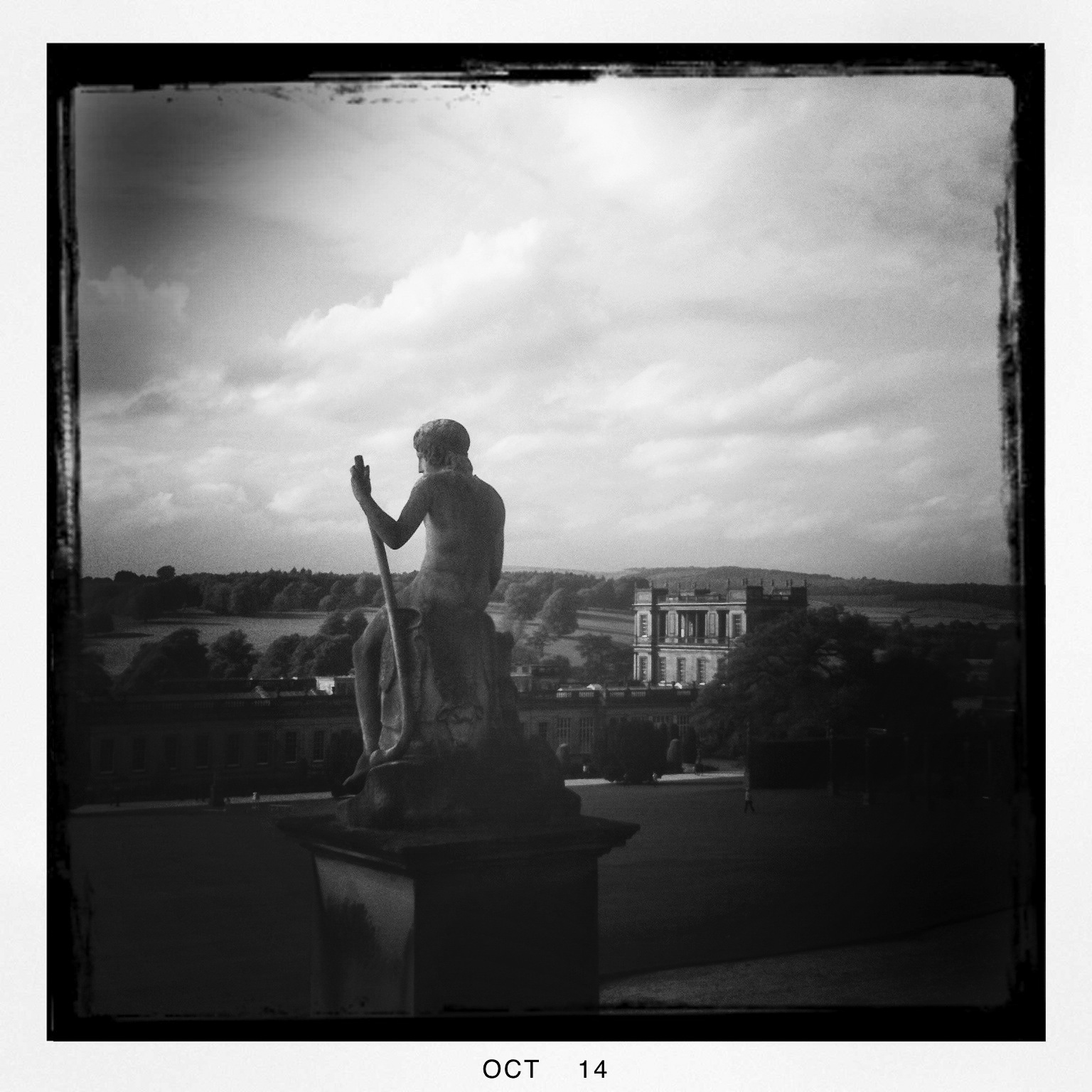 Most people today were more interested in drinking the champagne and catching a glimpse of royalty.

I overheard that there were 500 bottles of champagne left over.

I inspected the floral tributes, listened to the band playing 'bare necessities' and other jolly tunes, and then headed home for tea.

Deborah was the last of the Mitford sisters, and held in very high regard locally.

I felt fortunate to have happened upon the last celebration of her life, which she lived so fully.

Posted by caroline fraser - an ordinary life at Thursday, October 02, 2014