An Argentinian journey. Part 2. The Puna,from Tolar Grande to El Penon via the Salar de Arizaro

a high treeless plateau in the Andes

and a word for altitude sickness.

We were able to experience both simultaneously on our other worldly trip around this remote region at the foot of the andes, surrounded by salt plains and volcanoes.


High enough to feel breathless on mild exertion, and cold enough at night to require the wearing of all our thermal underwear despite being in a comfortable room in a very small pension.

We spent four nights in the region, exploring the landscape.

Nights and days that made it hard to return to the city after such extraordinary quiet and unusual vistas, interrupted only by the occasional mine or tiny village. 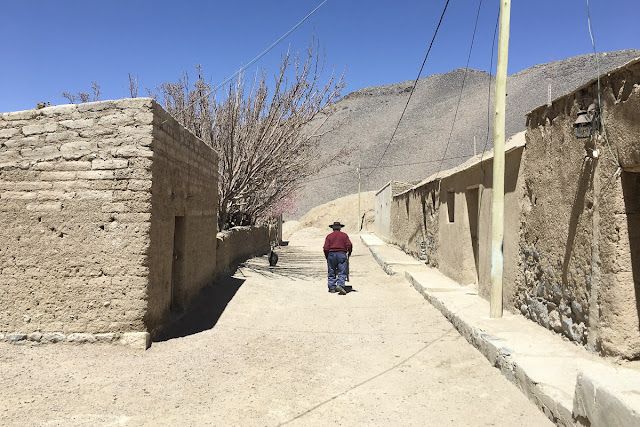 Tolar Grande used to have a railway, but this is no longer in use. 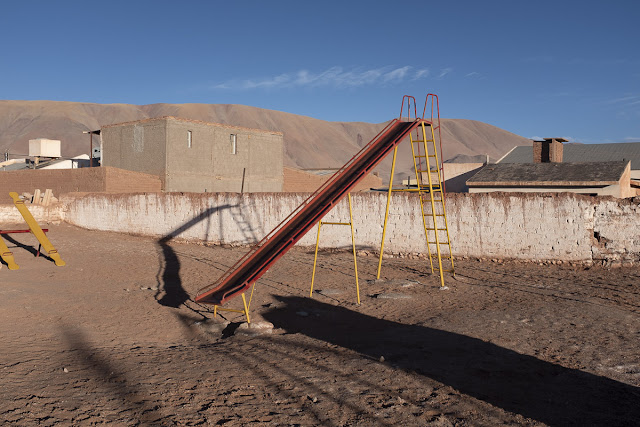 Breakfast here is home made flat bread with milky coffee and jam.

We headed off across the salt pans and surrounding hills.


Pure white dunes appealed for their purity and contrast to the black volcanic lava flows. 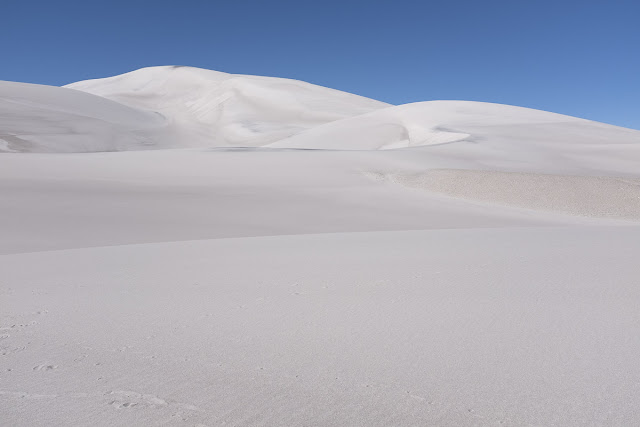 Later, we visited a field of pumice.

Wind lashed shapes appearing out of the sand, extending for many kilometres.

Faces and fissures emerging from the earth.

Small pebbles filling the cracks caused by the alternating hot and cold days and nights. 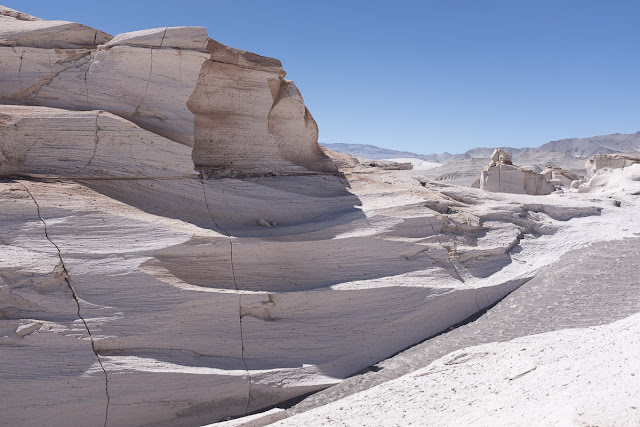 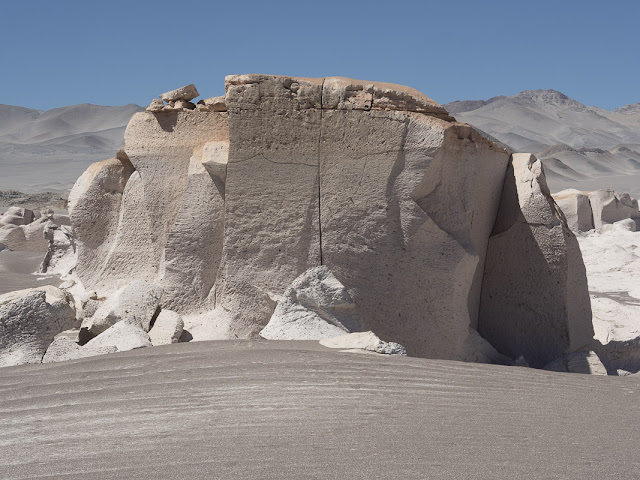 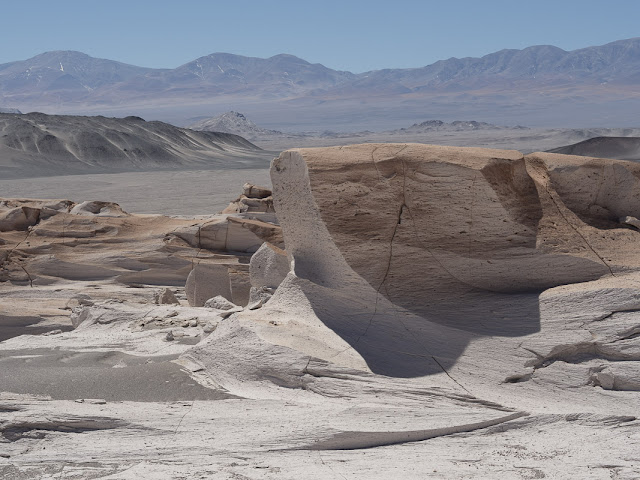 The harsh sunlight made photography difficult. Our trip was not designed to take us to places at the best times of day; we were just regular tourists, fortunate enough to see these magic places. 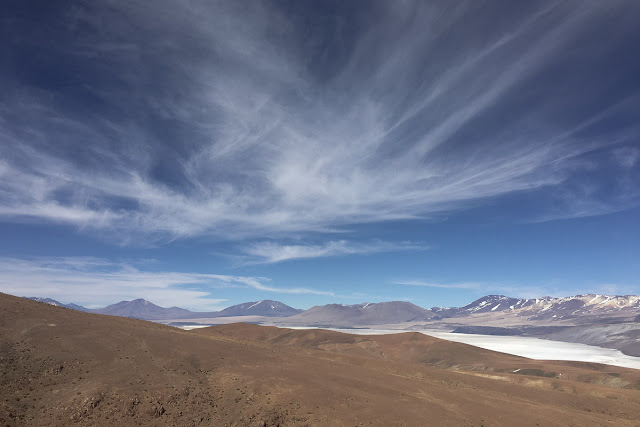 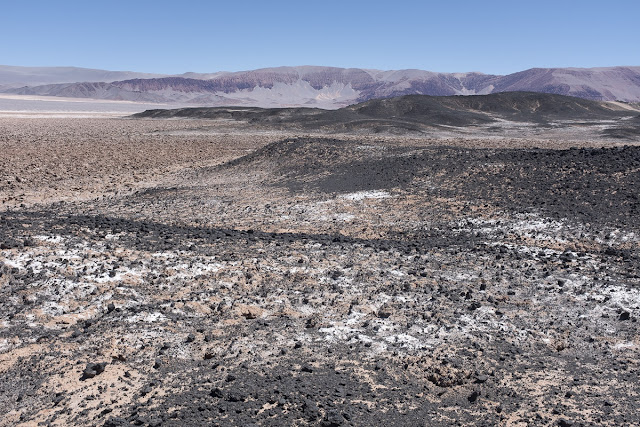 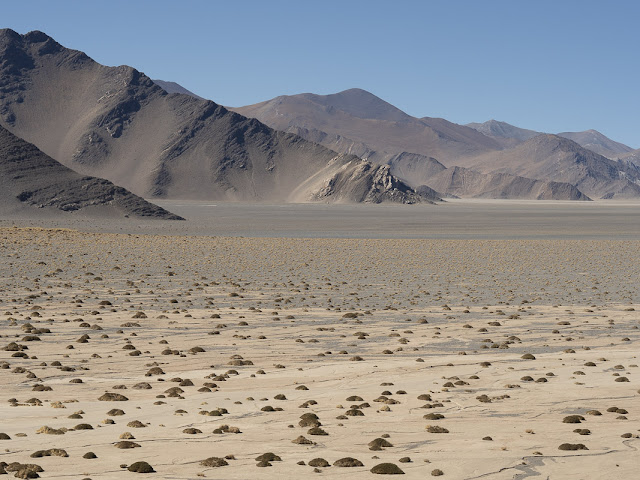 We visited the moon and mars,

saw 'seas' and 'oceans' of white and grey

passed fields of golden grasses and walls of white sand,

and saw the faces of dragons and lizards

as we circumnavigated Carachi Pampa.

We have been to a very special place. 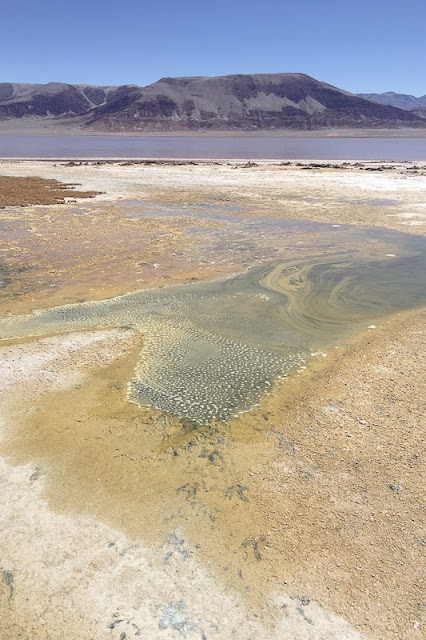 A massive thanks to Francisco Siciliano, our guide, who drove us on this once in a lifetime journey.

Posted by caroline fraser - an ordinary life at Tuesday, October 02, 2018