I am back from my travels, and contemplating what to do with the thousand or so images made from two recent trips. I read in the paper yesterday a comment that gave food for thought....... that we should not try to emulate photographers who have gone before us; it is not possible to be Diane Arbus, for her time is past, and the subject matter that she felt so passionately about no longer exists. Her images were successful because of her passion for the subject matter and her ability to express her feelings through her work.

I was surprised to have one of my recent  images of grass likened to a work by John Blakemore. Surprised, because of all the photographers that I admire, he is one of my favourites, and it would never have occurred to me that another photographer would consider my work in any way to be of a similar style. His tulip series exemplify the effect of true passion and/or obsession. He describes his tulip journey in an audio interview at Lensculture , the most significant paragraph in my view being shown below.

"The tulip journey, then was ultimately a visual journey, an investigation and discovery of visual possibilities. The tulip became an object of attention and fascination. It became both text and pretext for an activity of picture-making. The photographs are not finally, or not primarily, about tulips: they contain tulips. To say this is not to diminish the role of the tulip. Had the vase of flowers on the table when I made the first tentative exposures exploring the space of my kitchen been, let’s say daffodils, then the journey, if it had ever begun, would in all probability have been shorter."

What we should do, suggested the newspaper article, rather than try to recreate work similar to that of our heroes, is to keep making images of those subjects that we feel passionate about, until our personal style develops and becomes clear.

All of which got me thinking about where my passion lies........

Certainly I am crazy about grasses, sand and water, but what about those episodes when I cannot resist taking a photograph of stranger subjects such as the hazard warning tape that I came across whilst walking dog this morning in the autumn sunshine? 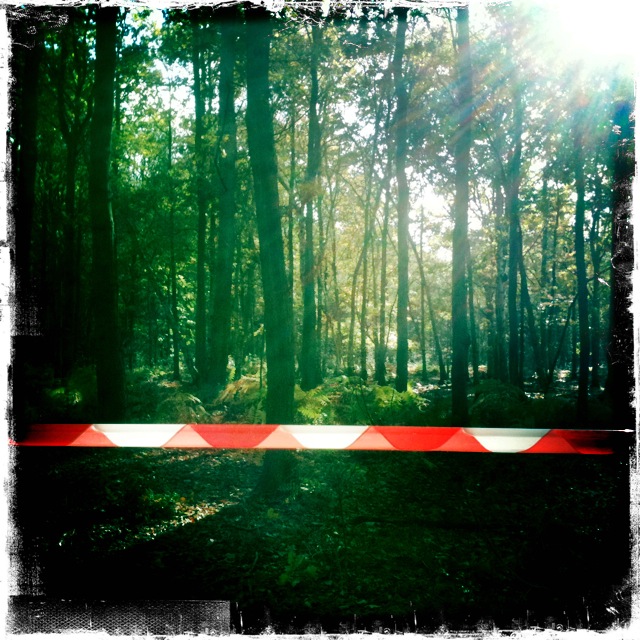 I find a fascination with the fact that this flimsy tape is used to prevent people walking in certain areas of the wood, and a delight in going on the wrong side of it in an act of defiance.

The tape here was stopping people from walking too near to a bonfire; somewhat ironic given that today is bonfire night. This fire was long dead and soaked with rain into a damp pile of ash. Not much of a hazard in the grand scheme of things. The worst that could happen was that I trip climbing over it. 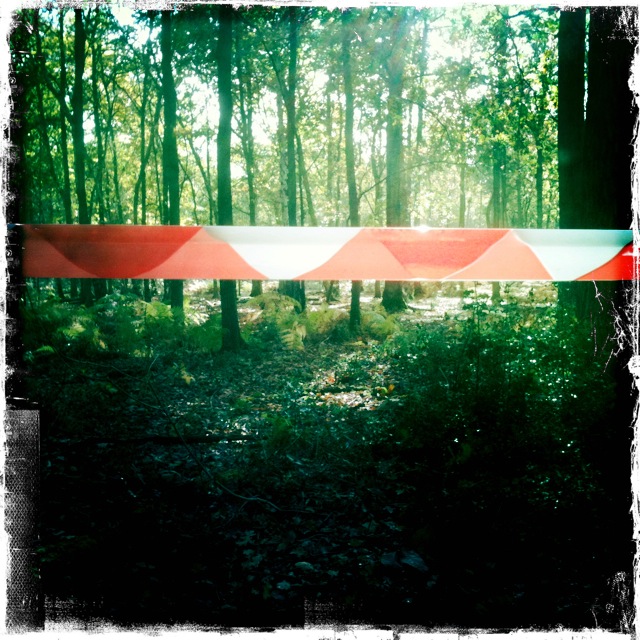 So I stepped inside the circle, and had a few happy minutes with my phone taking pictures, despite the fact that I had promised myself that I would not take any photos today, there being hundreds back at home waiting to be dealt with. 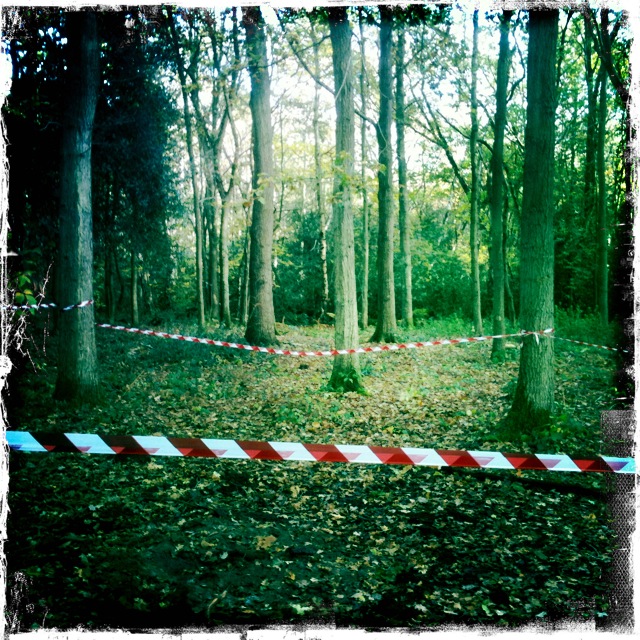 My passion lies in nature, but a little bit of me needs to express my view of how man interacts with nature, so my landscapes are not always fit for the purist, and may have a telegraph pole, fence or other evidence of man in the picture........... something that the true 'landscape photographer' frowns upon.

But that would be far too deep a subject for bonfire night, and I need to go and look after the dog, who is cowering under the table hiding from fireworks, and my other half, who is hoping to be fed..........

Posted by caroline fraser - an ordinary life at Monday, November 05, 2012